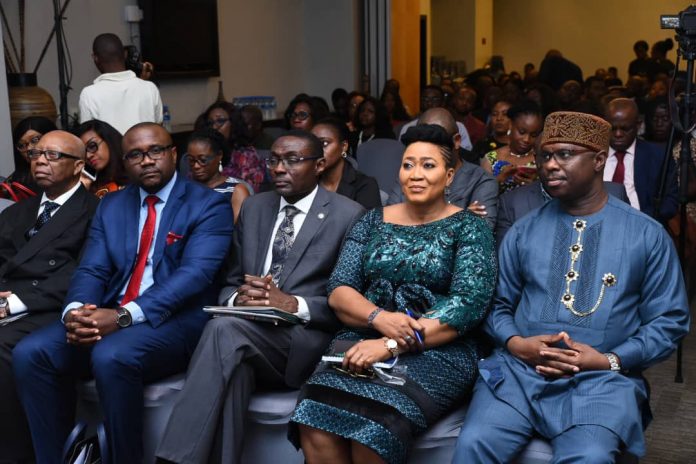 The African Export Import Bank has said that its intervention in the maritime sector in the last 3 years include more than US$500million facilities for the Onne Port expansion in the Onne FTZ, Nigeria, Gabon, Cote D’ivoire, vessel finance for delightering, security patrol of offshore platforms, hotels in Cape Verde.

The President of Afreximbank, Prof. Benedict Okey Oramah made this known while delivering a paper titled ‘Awakening the blue giant: catalyzing the growth of Nigeria’s maritime economy through public relations” at the 19th NECCI PR roundtable at Four Point by Sheraton in Lagos yesterday.

Oramah said Afreximbank has continued to push the limits in Africa to promote intra and extra African trade. According to him, “total assets as at June 2019 closed at $15.4billion, gross income of $498million, net income of $137million, CAR at 23%, NPL at 3%, CIR at 17.4% and shareholders’ funds of $2.7billion.

speaking on the importance of blue economy, the president of Afreximbank said, “The Blue Economy, also referred to as the ocean or maritime economy, is a concept which leverages the strength of the maritime ecosystem including fishing; shipping and maritime transport; coastal tourism; marine energy (fossil and renewable); pharmaceutical and cosmetic industries, genetic resources and general sea-based products for economic growth and development.”

According to him, “Africa’s seas and oceans represent major assets with the potential to accelerate the development of African economies. Indeed, according to the African Union (AU),” he said, “90%  of Africa’s imports and exports are conducted through the sea. The African Union has recognized the importance of the BE and has included it in its Agenda 2063, which is a blueprint for development of the continent for the next few decades.”

Speaking on why the country must take the maritime sector seriously, the Director General of Nigerian Maritime Administration and Safety Agency, NIMASA, Dr Dakuku Peterside, said that despite series of effort channel towards diversification of Nigeria’s economy the results are yet to be visible as oil still contributed over 70 percent of foreign exchange.

“For a very long time, there is a perception that the most profitable sector in the country is oil and gas sector but evidence have shown that it’s not sustainable to depend on mono economy so there has been agenda to diversify economy.

“Government has explored different option such as solid mineral, ICT, agriculture among others but we seem not to have made a lot of progress. Till date, oil and gas still contribute 70 percent to our foreign exchange earnings,” Peterside said.

Peterside pointed out although maritime sector is capital intensive but can play a key role in diversification agenda, “we need to look into capacity building. Half of officers working on vessels around the world are Chinese. Korea is an economy that depends on ship building.

“Africa with its endowment has move from exporter of fish resources to importer because we pay no attention and didn’t make enough investment. Japan, Korea and China are the leading nation in area of underwater mining while Africa which is the most endowed region in the world are not benefitting.

According to him, “Nigeria major challenges are perception and reputation, “Outside Nigeria, they believe our system is not effective and sustainable for investment and this is because most story project about Nigeria are negative while the once about European countries are positive stories. It’s time we begin to change the narrative and project our country in such a way that it will attract investors to be interest.”

The convener of the roundtable, Mr. Nkechi Ali Balogun said, “we are hoping to explore the potential of Nigeria’s maritime economy, study the challenges and proffer sustainable solutions that will engender greater influx of foreign direct investment into the maritime sector.

“The Roundtable will create strategies through which a systemic transformation of the maritime sector will be achieved through the methodologies of public relations,” she said.