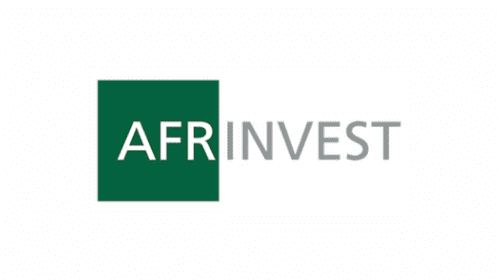 The report, presented by Deputy Group Managing Director, Afrinvest West Africa, Mr Victor Ndukauba, showed that the banks beat all the prudential guideline limits set by the Central Bank of Nigeria, showing resilience and strength during the year.

Its presentation was made at the launch of the 17th edition of the Nigerian Banking Sector Report and unveiling of Optimus, Afrinvest’s digital investment app, in Lagos on Wednesday night.

The report’s assessment of CBN’s financial stability indicators showed that Industry Liquidity(Liquidity Ratio) and Non-Performing Loan ratios both improved by 130 basis points(up) and 75bps(down), respectively, to 42.6 per cent and 4.95 per cent.

Although, the Capital Adequacy Ratio(CAR: 14.1 per cent) underperformed the June 2021 level by 140bps, all the indicators beat the prudential guideline limits of 30 per cent(LR), five per cent(NPLs), and 13.0 per cent(CAR), respectively, despite myriads of challenges in the business environment.

The report said the improvement is expected to be sustained over the coming years.

It explained that the fiscal challenges presented by weak Federal Government earnings have contributed to the muddling of monetary policy and strong use of Cash Reserve Ratio debits as a subtle strategy, in our view, to compensate for the inflationary effect of ballooned overdraft to the government.

It insists that in increasing its developmental financing role, especially in agriculture financing, the CBN risks crowding out banks and private sector financing, which is more effective in de-risking the sector and incentivising growth without moral hazards.

“Importantly, the weak economic growth has robbed banks of the dividend of large and youthful demographics. Over the last 10 years to 2021, real Gross Domestic Product has grown by a compound annual growth rate (CAGR) of 1.9 per cent compared to 2.3 per cent CAGR for the population.

In line with the decline in income level, poverty has risen to 40.1 per cent based on national standards of annual real per capita expenditure threshold of N137,430.

” For banks, this reality means that upscaling would be less efficient than in an economy where growth exceeds population expansion. Not surprising, Nigeria’s financial depth is weak as is for countries with high fertility rates and a fragile economic base.,” it said

To turn the tide, the BSR recommended that critical reforms be undertaken as matter of urgency to avoid a repeat of the negative trends seen in the last decade.

“Some other measures advised include the tapering of fiscal deficit financing – credit to the government – to check money supply expansion, alignment of rates across windows and the adoption of market reflective forex rate via the crawling peg regime. We believe that the outcome for banks in the coming decade would rely on the policy actions taken today to address the issues raised,” it said.

On exchange rate management, the report said CBN’s strategy (differentiated rates across market segments and capital control) failed the litmus test over the reviewed period, as anticipated in the 2021 report.

It said the value of the Naira depreciated further by 5.6 per cent and 23.2 per cent to N436.50/$1.00 and N712.00$1.00 (on 19/09/2022) at the NAFEX window and parallel market, respectively. It sated that near-term improvement in the exchange rate is not in sight, given forex supply constraints due to the self-inflicted injuries in Nigeria’s oil & gas sector (the largest source of FX accretion).

On the economy, the report said that in 2021, the Nigerian economy recovered markedly from the pandemic-induced strain of the prior year.

“Real Gross Domestic Product (GDP) grew 3.4 per cent (2020: -1.9 per cent), beating our projection by 0.4ppts. The recovery was mainly driven by the expansion of activities in the non-oil sector (up 4.4 per cent), while the oil sector remained in a recession. This growth momentum was sustained into 2022 albeit with a wider divergence between the oil and non-oil sectors.,” it said.

The report stated that, given the resilient half-year 2022 performance and expectation of sustained positive performance by key non-oil activity sectors in third and fourth quarters of the year, it reviewed the 2022 baseline growth forecast upward by 40bps to 3.3 per cent.

However, it maintained that growth momentum in the medium term would remain short of the level that can meaningfully lift the average well-being of the citizenry due to persistent domestic and external headwinds.

In first half of 2022, headline inflation averaged 16.7 per cent owing to the impact of the Russia- Ukraine war on input prices, continued forex illiquidity, and structural challenges. Based on the World Bank estimate, the stinging fang of the elevated price level would drag five million more Nigerians into extreme poverty (to reach 95.1m) by 2022 year-end.

It however, acknowledged that the CBN has taken the lead in the efforts at curtailing the runaway inflation rate as seen in the back-to-back hike of the Monetary Policy Rate in May, July, and September 2022 to 15.5 per cent.

On the fiscal policy front, it said the divergence between the share of FG’s recurrent (debt & non-debt combined) and capital expenditure component has widened significantly in the last decade.

“Sadly, economic growth and fiscal stability have suffered the biggest impact from the worsened divergence. Before then, we observed a strong nexus between capital expenditure performance and growth in the decade to 2009. From 1999 to 2009, the divergence between the size of recurrent and capital expenditure averaged 48.5 per cent,” it stated.

It explained that over this period, GDP growth (average: 7.0 per cent) out- paced population growth (2.6 per cent p.a.) significantly. This trend dovetailed into a strong labour market perfor- mance as the unemployment rate eased steadily to about 5.0 per cent by 2009 year-end, according to NBS data.

Also, GDP per capita surged by 279.9 per cent to $1,891, while fiscal condition ended the decade strong as FG revenue to expenditure ratio printed at 76.5 per cent (2009) with public debt stock (N3.8tn) to GDP ratio of 7.5 per cent. Sadly, this trend has completely reversed over the last decade.

It explained that between 2010 and 2021, the divergence between the share of recurrent and capital expenditure budgets widened to 74.3 per cent on average.

In his comments, the Group Managing Director, Afrinvest West Africa, Ike Chioke, said Nigerians should prepare for reforms that would turn the economy around.

He said that looking ahead, Nigeria was set for another cycle of leadership in 2023 as the tenure of President Muhammadu Buhari, 30 state governors, and over 1,000 legislatures draw to a close.

“At a time when there is daunting fiscal, monetary, and social challenges to surmount, Nigerians cannot afford to elect leaders who lack the competence, capacity, and creativity to find lasting solutions to the national quagmire. Even with a leadership that is willing to introduce the needed reforms, the present challenging environment would worsen before it can get better,” Chioke said.

According to the him, regardless of who the President is, Nigerians will need to brace for impact.

“Noteworthy, the political will of the incoming administration to implement tough reforms that would curtail major economic leakages such as the subsidy regime on PMS(which has gulped over N7.0tn since 2010) and ensure the proper channelling of scarce resources to critical sectors would be a refreshing start,” he added. 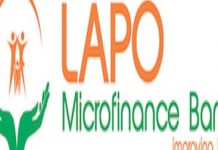 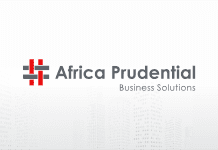