Following an online publication that Advertising Practitioners Council of Nigeria, (APCON) has given its support to the newly formed security apparatchik of the South West states, Amotekun, the advertising industry regulator has dissociated itself from such publication and tagged it mischievous.

According to a statement signed by the Registrar/CEO of the agency, Mrs. Ijedi Iyoha, “ The attention of the Advertising Practitioners Council of Nigeria (APCON) has been drawn to an online publication very wrongfully and mischievously alleging that APCON has thrown its weight behind the Western Nigeria Security Network (WNSN) codenamed Operation Amotekun and urging other regions in the country to emulate the southwest by coming up with similar initiatives.”

The statement which was reported to have been made by a Publicity Secretary with the name of Adewunmi Abiola is not only false but also an inconceivable act to bring APCON into disrepute.

APCON does not have any staff called Adewunmi Abiola nor does it operate an office of a Publicity Secretary. APCON therefore calls on the general public to disregard the statement as having been made or endorsed by it.

Mrs. Iyoha said, “APCON is strictly a Federal Government Parastatal statutorily established to regulate advertising in Nigeria and is committed to carry out its mandates within the confines of the enabling Act and no further.”

APCON emphatically dissociates itself from the statement and therefore strongly demands that the publishers of the wrongful report immediately withdraw same. 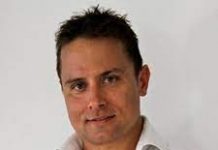 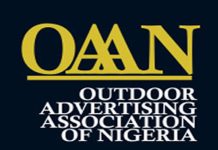