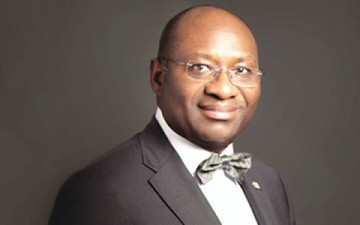 Smooth Promotions, a Lagos-based media company whose properties include Hip Hop World, an exclusively music entertainment magazine; the hit entertainment channel Hip TV and the most prestigious music awards in Nigeria, The Headies, has filed a suit at the Federal High Court, in Lagos against Heritage Bank, alleging that the bank has breached all acceptable professional conduct with respect to a transaction that has been the subject of a protracted disagreement.

Smooth Promotions is asking the court to reverse over N185 million in interest rates over and above the agreed interest rate and other unwholesome, spurious, unjustifiable, and illegal entries inputted into its account as at February 2017. These charges were revealed by an independent audit of the company’s accounts stretching back to 2013.

Writ of Summons and other Originating Processes

The case, filed by Kemi Pinheiro LP, alleges that Heritage Bank fraudulently deducted insurance premium from Smooth Promotions’ account without remitting the money to the insurance company; charged interests that were not agreed; and a forensic audit found that almost N200 million worth of charges were not correct.

Writ of Summons and other Originating Processes

Smooth Promotions’ Executive Director, Adeseun Kolawole-Oyeneye says the company will pursue all available legal means to seek redress; despite the apparent attempt by Heritage Bank to intimidate and spin the facts in this matter.

“We have gone to the courts, and we believe the justice system will intervene to make sure another honest responsible Nigerian company does not fall prey to a mafia financial institution,” she said.