Dynamism and the ability to spot and jump on trends are some of the hallmarks of a proactive brand. Marketing scholars establish that there is a connection between consumers behaviour and success of a brand, as these determine brands’ marketing dynamics. They, in turn, influences the thought process put behind a brand’s marketing initiatives.

Hence, brand builders often use consumers’ behavior (insights) as a way of connecting to the consumers’ passions and touchpoints. How swift a brand is able to spot and get consumers insights on trends that drive their behaviour is a function of how far the brand is ready to build comradeship, empathy and court consumers as the centerpiece of the brand’s operations.

Brands in this category are often seen and described as proactive, modern, fashionable, contemporary and up-to-date.  They are consumer-centric.

How would you feel, as a millennial if your favourite lifestyle brand calls you bae? Research establishes that the consumers will very often respond positively, further embrace the brand, empathise better and bonds become stronger. This is in view of the fact that the brand speaks the consumers’ language.

According to Prof Chris Ogbechie, Professor of Strategic Management Lagos Business School, “in today’s marketing world, the key issue is to create emotional brand attachment in all our marketing communications, therefore, brands need to actively cultivate relationships with customers.”

This shows that relevant words and trends or popular (pop) culture are a useful weapon of marketing.  Similarly, many have come to embrace the fact that talking like a real person or interacting with consumers is far more engaging as a form of brand storytelling than using dry, corporate and professional jargon-filled language.

However, to ride on pop culture as a pivot to connecting with the consumers to take advantage, a brand and its custodians must ‘know the audience’ very well just as the word, phrase or trend must also ‘be current.’ It is also instructive to be cautious of jumping on a trend as it can become outdated within a very short period of time.

While it is often difficult to know how long a trend will remain popular, one thing brands can gauge is whether or not an audience will be receptive to it. This shows that research is often critical in this regard. For brands, the trick is, “knowing when it’s worth trying, and when it’s worth steering clear.’

On Conquest of Culture

One brand that has deployed the use of pop culture so well on a global scale is PepsiCo’s Pepsi Cola. “Pepsi’s innovation in the field of nestling, settling, and establishing connections in pop culture began in 1960.  So in a revolutionary move at the time, they began to run ads that focused not on the quality of Pepsi, but the idea of Pepsi as a youth staple. In the early ’60s, ads for Pepsi were aimed at young boomers who “consumed soft drinks far in excess of their weight in population,” a former Pepsi executive noted, as found in Timothy Taylor’s book The Sound of Capitalism: Advertising, Music, and the Conquest of Culture.

Historically, brands in Nigeria have been known to connect with consumers by speaking their language. Brands understand the influence of this on consumers purchasing and buying patterns. The street is where the battle is won or lost. To win requires some level of being smart, swift and in-depth understanding of the consumer and his behaviour.

2019 came with its intrigues and challenges for the business environment. The issue of government policies (border closure) and their impact on the economy is a case in point. While some school of thought applauds it, others castigated it. Both positions, however, draw on Warren Bennis’ leadership theories which hinge on “Volatility, Uncertainty, Complexity and Ambiguity” (VUCA) nature of “our” operating environment.

Notwithstanding the challenges of the year, some brands have remained focused on serving the consumers using superior insights to connect, build a community with them and above all, place the consumer at heart of their marketing initiatives through contents that resonate.

Bet9ja has amply demonstrated these since its inception into the Nigerian market. It has moved from the mainstream betting category to become the leader of the innovatively unique gaming space.  This shows fluidity to remain relevant and contemporary to win always. Femi Osobajo, Senior Marketing Manager, Bet9ja noted that all the company’s marketing activities and activations are rooted in in-depth consumer research.

Some of the trends and platforms that became social currencies of 2019 include DStv Big Brother Naija’s ‘Pepper Dem Gang’, it featured Bet9ja, Innoson Motors, Pepsi Nigeria and Heritage Bank among others as key partners. Similarly, Livespot X Festival featuring Cardi B, Star Boy Wizkid, and Burna Boy also had Pepsi as one of its sponsors.

Leading financial Brand, Access Bank, and Star Lager brand co-branded ‘Accessthestars’, it provided an unprecedented platform for the brands to bond with customers across regions of the country. In the same vein, Born in Africa Festival (BAFEST), the highly entertaining fusion of music, art, film, and fashion –by Access Bank staged its second edition.

Commenting on the inherent benefits of driving the brand with pop culture, Amaechi Okobi, Group Head, Communications & External Affairs, Access Bank Plc declared, “At Access Bank, we’re aiming at rewriting the African narrative of negativity all while positioning the best the continent has to offer.”

Research by Kantar, a leading global research firm confirms that the most successful messaging occurs in stories where the brand’s role is necessary, believable, and integral to the plot.

Against this background, Bet9ja as the leading gaming company in Nigeria reinforced is positioning in the market through a string of remarkable concerts aimed at reinvigorating the consumers for the year ahead.

Venturing out of its gaming forte, to create other consumer touchpoints becomes instructive as it brings to live its most recent thematic campaign, ‘More than a bet,’ the gaming company through his deliberate claim, leaves no one in doubt that the company’s operation is intended to enhance livelihood through job creations to contribute to the socio-economic development of the country. By being intentional, the company has demonstrated its support for different sectors that range from sports to tourism and entertainment to mention but a few.

The gaming company further underscored its steadfast interest in the entertainment industry when it heralded its ‘Detty fest December concerts’ as soon as it concluded one of the most successful BBNaija shows as a major sponsor.

It was more than a three-course meal for consumers to have the best of experience of the holidays with party after party to make the best of the holidays, disclosed Osobajo. “Starting from ‘Teni the billionaire’ concert to ‘StarBoy fest’, ‘Davido and Marlian fest’ the December of 2019 will remain a pleasant moment best described as a wow experience! that brought not only music lovers together but friends, families and loved ones under a euphoric atmosphere of fun, music to connect, network, relax and build new relationships be it business or social,” the Senior Marketing Manager, Femi Osobajo, asserted.

According to the Senior Marketing Manager, Femi Osobajo, the various concerts were put together by bet9ja, shows their sense of commitment to supporting the growth of the entertainment  industry, and clearly their understanding that talent alone cannot make industry sustainable and viable at international levels but also to keep projecting the positive image of Nigeria as a land of possibilities. For bet9ja their commitment is irrevocable.

Bet9ja continues to contribute to making life meaningful for people beyond gaming. The gaming platform which people see as an alternative source of income has created jobs, supported citizens to live better with direct and indirect employment generation at over 40,000. Many of its agents across the country have incredible stories of zero to hero transformation of life.

Leveraging on the street trend – ‘Detty December’ signifying an atmosphere of fun, camaraderie and deep enjoyment just like Coca-Cola’s ‘Gbe Bottle e,’ the gaming brand has not only connected to its consumers at their touchpoints, it has further endeared itself to the teeming population as an enabler of positive vibes and empowerment across board. 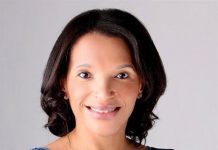 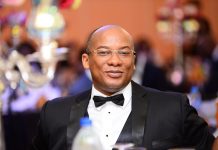 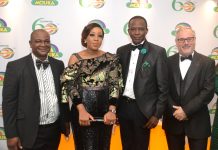 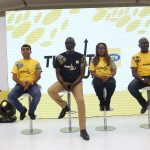 January 26, 2020
MTN Nigeria has launched Turn it Up, an initiative to spur Nigerians to look within their environment to improve their lives. 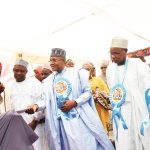 January 26, 2020
No fewer than 34,000 vulnerable women from all the 34 local governments in Katsina state recently benefitted from the N10billion... 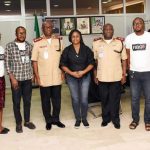 January 26, 2020
The US-Nigeria Trade Council, a body that specializes in facilitating trade and investments between the United States and Nigeria, on behalf of... 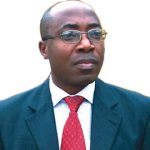 January 26, 2020
The former Vice Chancellor of Osun State University and Provost of the ICPC Anti-Corruption Academy, Professor Sola Akinrinade, has joined the Board... 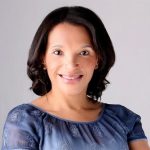 January 26, 2020
Elouise Kelly It is one thing having the people and the resources to create culturally relevant work, but to be...