President of Block Makers Association of Nigeria, Chief Rashidi Adebowale has assured the Management of Dangote Cement that his association is solidly behind the company in its efforts at enriching 3,783 of its customers and make two Nigerians millionaires daily.
Speaking last weekend in Lagos, Adebowale said Dangote Cement’s management has proved to be truly Nigerian with the introduction of the best grade of cement and also the decision to enhance the standard of living of its distributors’ and customers.
According to him: “We are very grateful as an Association to the Management of Dangote Cement for this mega promo. I am very optimistic our members will benefit from this promo. Giving out N300 million at this time of the year is really gratifying. We are happy. We have also instructed our members across the country to aggressively patronize Dangote Cement so as to benefit from the Promo.”
In the same vein, the Chairman of the Lagos Branch of the Association, Alhaji Okunola Abegunde also praised the Management of Dangote Cement with an assurance that with active participation of its members, the promo will be a huge success.
The promo, which will last for three months will produce two millionaires per day as two prizes of one million naira each will be won daily for 90 days by 180 lucky winners for the duration of the promo while a whopping N30 million will be won by a lucky winner every month.
Explaining details of the promo, Dangote Group’s Chief Marketing Officer, Mr. Oare Ojeikere said: “To be part of the promo, all it requires is for the customer to buy a bag of cement and cut out the token at top right of bag. Five tokens will make one entry in the draw. Each entry of 5 tokens must be attached to a piece of paper with the participant’s name, phone number and address, placed in a sealed envelope and dropped off at a designated Drop Centre.”
He further revealed that 400 Dangote locations and all Access Bank branches nationwide, will function as Drop Centres for the entries.
He further assured the customers that the management of Dangote Cement will continue to look for new ways of enhancing their value as the level of acceptability of its products remains unprecedented in the history of Cement business in Nigeria.

Dangote Cement is Africa’s leading cement producer with three plants in Nigeria and recently opened factories in Ethiopia, Zambia, South Africa, Senegal and Cameroon. It is a fully integrated quarry-to-customer producer with production capacity of 29.25Mta in Nigeria. Its Obajana plant in Kogi state, Nigeria, is the largest in Africa with 13.25Mta of capacity across four lines. The Ibese plant in Ogun State has four cement lines with a combined installed capacity of 12Mta. The Gboko plant in Benue state has 4Mta.
It would be recalled that the company for the nine months ended September 30, 2015 recorded a turnover of N365.5 billion, a 17.8 per cent increase over its corresponding year’s figure.
The company, in the same period exported 3.7 million metric tonnes of cement to neighboring countries. The export underscores the fact that Nigeria is now self-sufficient in cement production.
The Chief Executive of the company, Onne Van der Weijde while presenting the result said: “I am pleased to report that sales from outside Nigeria have contributed nearly 29 per cent of volumes so far this year and 39 per cent in the third quarter, which demonstrates that we are diversifying successfully and quickly gaining market shares in new countries.”
While revealing that the company has just acquired 2,000 new trucks to help improve its logistics capabilities and enable it enhance its export of cement to neighbouring countries, he said: “Our key target will be Ghana, where we already have an import terminal that is at present supplied from outside the ECOWAS region.”
The nine months unaudited results released on the floor of the Nigerian Stock Exchange (NSE) showed that the cement giants’ earnings per share rose by 18.6 percent to N9.80.
Profit before tax at N166.9 billion for the nine months ended 30th September 2015 represents an increase of 8.4 percent compared to N154 billion in the 2014 corresponding period.
A breakdown of the results indicated that the cement group posted an operating profit of N173.5 billion, 6.8 percent higher than N162.5 billion generated in 2014. Nigerian operations accounted for N162.7 billion, West & Central Africa N2.9 billion, while South & East Africa did N7.4 billion. 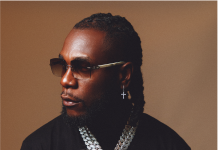 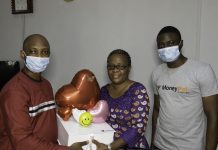 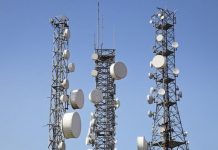