CNN’s new owner says it will close the US-based news channel’s streaming service just a month after it launched.

Warner Bros Discovery (WBD) says it will issue refunds to subscribers after the service is shut down on 30 April.

The head of CNN+ has resigned and hundreds more workers could be at risk of losing their jobs.

This week, $50bn (£38.4bn) was wiped off the stock market value of streaming giant Netflix after it revealed a sharp fall in subscribers.

CNN+ was launched on 29 March in an attempt to bring in revenues from news streaming subscriptions.

The company spent as much as $300m on developing the service but it got off to a slow start, attracting just 10,000 viewers a day, according to reports.

Earlier this month, WBD became CNN’s parent company with the completion of the merger of media company Discovery and telecom giant AT&T.

Chris Licht, incoming chief executive of CNN, said the business “will be strongest as part of WBD’s streaming strategy which envisions news as an important part of a compelling broader offering along with sports, entertainment, and nonfiction content”.

“We have therefore made the decision to cease operations of CNN+,” Mr Licht said in a statement.

Discovery’s streaming boss JB Perrette said the firm was searching for a “more sustainable business model to drive our future investments in great journalism and storytelling”.

As part of the shakeup, Andrew Morse, who helped to drive CNN’s streaming strategy, will leave the company.

Hundreds of CNN+ employees have also been given 90 days to secure a job in other parts of the company, CNN reported.

Those who fail to do so will receive a severance package of at least six months pay, it said.

It comes after streaming giant Netflix reported a plunge in subscribers in the first three months of the year.

On Tusday, Netflix said the number of households using its streaming service fell by 200,000 as it faced stiff competition from rivals.

The platform also warned shareholders another two million subscribers were likely to leave in the three months to July.

After the announcement, the company’s New York-listed shares slumped by more than a third, wiping $50bn off its stock market valuation. 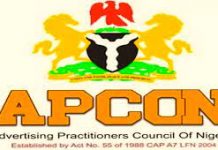 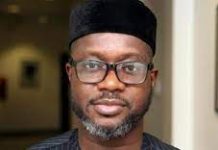 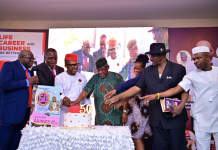 Osoba, Ohuabunwa and others profiled in Azuh Arinze’s new books on leadership and success