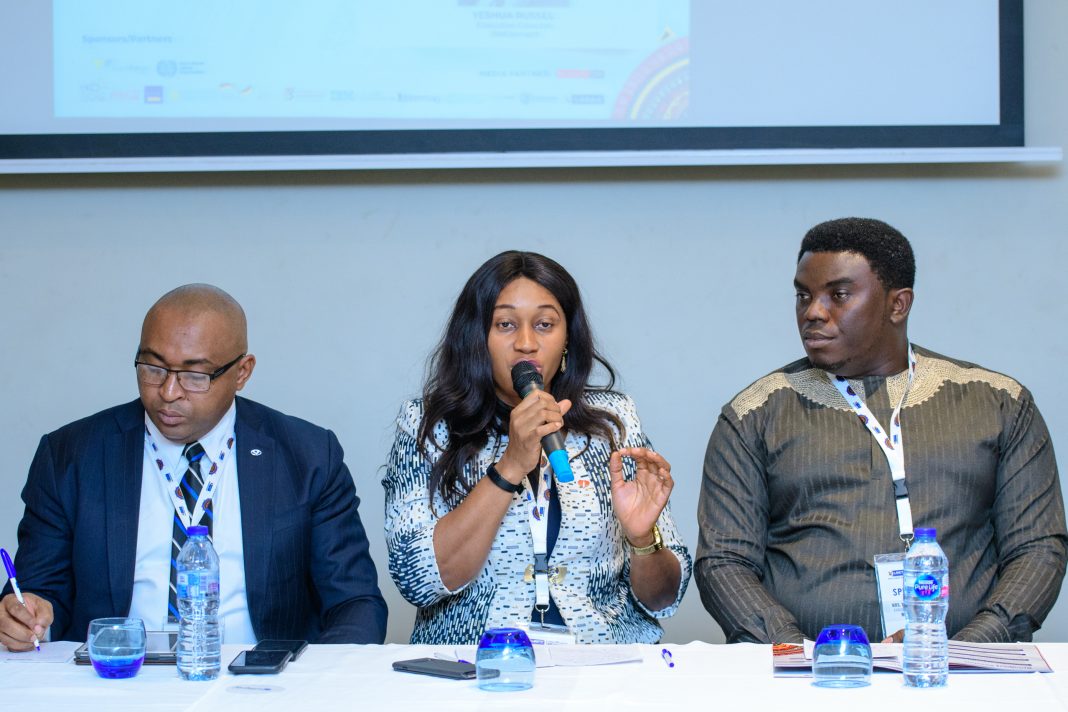 Nwamaka Onyemelukwe who spoke on the opportunities for women in entrepreneurship showcased the work the company has done in creating more jobs here in Nigeria and their commitment to achieving more by the end of the year.

2020 marks the end of  the company’s global 5by20commitment to economically empowering 5million women. Nwamaka Onyemelukwe expressed the company’s resolve to wrap it up on a high note, especially in Nigeria. So far, a total of 3.8million women have been impacted as at the end of 2018 with over 330,000 women beneficiaries coming from Nigeria.

Coca-Cola launched the 5by20 Initiative in 2010, with  an audacious goal to economically empower 5 million women across its  value chain by the year 2020. Every year since then, the company has launched different programmes aligned with this strategic objective to create shared value across different communities.  .

Sharing some of the successes and key strategies of the initiative, Nwamaka Onyemelukwe highlighted the train and equip model as one of the reasons they have recorded much success, as Coca-Cola has been able to not only provide their women beneficiaries jobs of their own, but have also turned them into job creators.

In 2018, Nwamaka led the Coca-Cola team to sign an MoU with the LSETF to economically empower 1000 women across various local governments in Lagos State. Today, over 900 women have been impacted under this programme. We express our profound thanks to LSETF for their contributions so far as we are confident that we are on track to ensure we deliver on this commitment.

Nwamaka went on to explain in detail other laudable women empowerment initiatives Coca-Cola has been involved in. Among them is the Educate Nigeria Girls in New Enterprise ( ENGINE)- A partnership between The Coca-Cola Company and the UK Department for International Development (DFID). ENGINE program improved the learning outcomes and economic status of more than 21,000 marginalized adolescent girls in the Northern Nigerian states of Kano and Kaduna, the Federal Capital Territory (FCT) and the metropolis of Lagos, Nigeria.

Water and Development Alliance (WADA) Initiative which provided access to improved water and sanitation, a daily challenge for most Nigerians. The problem is particularly acute in rural northern Nigeria, where only about 30% of the population had access to improved water services in 2006. “We worked with our partners in the area to construct and rehabilitate 38 rural water supply systems which benefited many including 33,000 school children. The most important process of our community intervention is the sudden change in attendance rate by female school children which rose from less than 50 to about 240 as a result of this project’s intervention”, Nwamaka said.

Another notable intervention is The Lady mechanic initiative which empowered about 100 girls in Benin- City through the auto-mechanic skills capability development. Today these empowered young girls are all employers of labour; which contributed to the reduction of human trafficking in the state. The State government committed to entrusting the State Government fleet of vehicles to the empowered girls to maintain for a period of two years and some currently manage the fleet till date.

As part of her remarks, she said “Women are extraordinary economic multipliers when they have the right support. We have learnt that the return on investment on women is significant  and this is why we create  high-impact initiatives that empowers women. Women play a very important role in keeping many FMCGs, not just ours afloat, from sourcing to production to distribution and even after consumption in the area of community recycling , and it is only more beneficial and useful to society that we empower them. Finally, we pride ourselves in living our purpose which is to “Refresh the World. Make a Difference”.

For governors to succeed, local governments must succeed – Sanwo-Olu

Five reasons you should not miss The Future Enterprise Support Scheme...

Olugbodi, Babaeko, Others To Teach 20 Youth Entrepreneurial Skills At OSMD