Promasidor Nigeria Limited, makers of Cowbell Milk and organisers of the prestigious Promasidor Quill awards has announced the returning of Ambassador Patrick Dele Cole (OFR) as Chairman of the Panel of Judges for the 2016 edition of the coveted journalism awards.
A former Ambassador of Nigeria to Brazil, Amb. Cole was the former Managing Director of Daily Times Nigeria Limited.
According to Mr. Andrew Enahoro, the company’s Head of Legal and Public Relations, other members of the panel that will work with Amb Cole are: Kadaria Ahmed, a veteran journalist and television personality; Reze Bonna, a trained Architect and celebrated photographer; and Ray Echebiri, a British Chevening Scholar/seasoned financial journalist.
Enahoro said their selection was based on their high profile, wealth of experience and integrity. He therefore expressed optimism that with the calibre of judges put in place, Promasidor is confident that the ultimate goal of the awards of rewarding excellence in journalism profession in Nigeria will be achieved again this year.
His words: “Promasidor Quill Awards is committed to setting the pace on rewarding journalists based on merit for their work and not a self-seeking approach to get accolades, but a professional platform of assessment, recognition and reward for outstanding journalistic work”.
There are seven Award categories available for potential contestants to apply for. The categories are: Brand Advocate of the Year; Best CSR and Industry Report of the Year; Best Photo Story of the Year; Best Report on Children and Nutrition; Education Reporter of the Year; Future Writer of the Year; and Best Online Reporter of the Year.
For this year, Enahoro said though entries opened January 14, 2016, competitors could submit any of their works published between May 1, 2015 and April 14, 2016 via: http://quillawards.promasidor-ng.com
He said the organisers of the award have put together a panel of judges with vast experience and commitment to media excellence to ensure the standard of assessment is fair and thereby pick the best material. 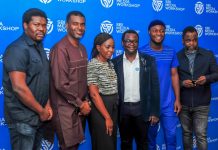 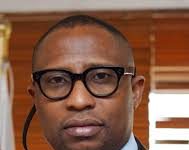 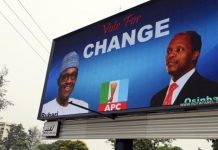