No fewer than 34,000 vulnerable women from all the 34 local governments in Katsina state recently benefitted from the N10billion micro-grant being given to disadvantaged women across the country by the Aliko Dangote Foundation (ADF).

The money meant to empower the women economically either to start or boost their businesses was handed out amidst excitement from the beneficiaries.

Chairman of ADF, Aliko Dangote at the flag-off ceremony held yesterday in Batagarawa Local Government in Katsina state in the presence of the state governor, Alhaji Aminu Bello Masari and other top government officials disclosed that 1,000 women were drawn from each of the State’s 34 local government areas with each woman receivin N10,000,00 each.

Dangote explained that the Foundation had in 2012 earmarked N10billion for the empowerment of vulnerable women in the 774 Local Governments in the country and that so far about 360,000 women from Kano, Lagos, Jigawa, Kogi, Adamawa, Borno and Yobe, Niger, Sokoto and Nasarawa States representing 40% have benefitted.

“The Micro-grants programme is a major component of the Economic Empowerment pillar of the Foundation. It provides disadvantaged and vulnerable women with a one-off, unconditional N10,000,00 cash transfer to boost their household income generation. This we believe will help reduce their vulnerability and meet their livelihood needs,” he added.

“In the coming weeks we would be proceeding to Kebbi, Zamfara, Edo and Osun States to conduct a similar programme,” he said.

He recalled that during the last Ramadan fasting, the Foundation had disbursed 106,000 food packs to beneficiaries across Sokoto, Katsina, Kebbi and Zamfara.

Mr. Dangote, adjudged to be Africa’s wealthiest and top philanthropist had said: “I do not only want to be known as the Africa’s Richest Man, but the biggest philanthropist. I will continue to use my resources and my voice to help shape a better Nigeria, and Africa as a whole.”

Speaking, Governor Aminu Bello Masari extolled the Aliko Dangote Foundation for the generosity extended to vulnerable women in his state and urged them to use it to start small businesses and subsequently use the profit to educate their children.

Group Executive Director, Commercial, and daughter to Mr. Dangote, Halima Aliko Dangote, said the Foundation was poised to help lift the economic status of womanhood in the country, adding: “If you empower a woman, you empower the whole nation.”

Managing Director/CEO of the Foundation Zouera Yussouffou said the micro grant scheme was part of the four cardinal crust of the Foundation which are: Health and Nutrition, Education, Economic Empowerment and Disaster Relief.

The Permanent Secretary, state Ministry of Land, Hajiya Rayannatu Lawal, who is also the chairperson of the Committee on Selection of Beneficiaries, commended Aliko Dangote and urged the women to use the grants to transform their lives as purposed by the Foundation.

Responding, one of the beneficiaries, Habiba Abdullahi, said the grant will enable her to start trading in clothing, soap and perfume. She prayed God to continue to bless the family of Aliko Dangote and his Group.

Another beneficiary, Nana Muhammad said she was highly elated and that she almost couldn’t believe it, just as she added that she will use the money to ginger her trading in groundnut cake and other petty businesses. 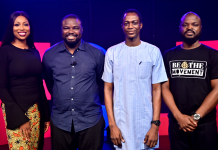 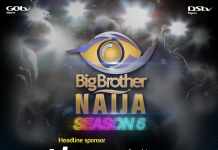 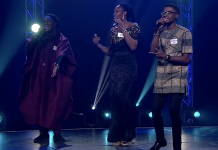