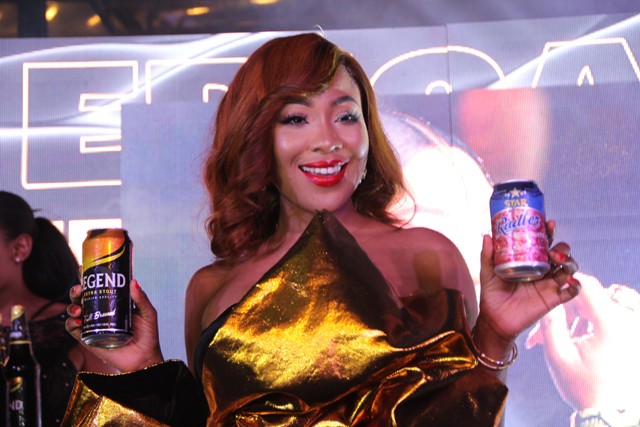 With a commitment to double the refreshment for consumers, Star Radler, one of Nigeria’s fastest selling premium quality beer brands, has unveiled a refreshing new look for its Citrus flavour as well as a new red fruit variant to deepen the consumer satisfaction.

While reflecting on the brand’s new ‘Red Fruit’ variant, Portfolio Manager, Non Lager & Flavoured Brands, Sarah Agha said, “We’re very excited to be unveiling this new flavour. Having  tested and planned this launch for quite some time, we’re happy to be giving our consumers more than just a taste of the new variant but offer twice the refreshment. The new red fruit variant gives every consumer a chapman taste mixed with beer, making it a unique drink. We can’t wait to hear all the reviews!”

In her remarks on the brand’s new look, the Brand Manager, Star Radler, Onyebuchi Nwangwu added, “With the new label and can design, Star Radler will stand out on the shelves and in the fridges at your favourite supermarkets and stores. We’re confident that this new look adds to the unique experience every Radler consumer will have with the brand.”

The Star Radler brand became an intriguing phenomenon in 2014 when it first arrived in Nigeria on the stable of Nigerian Breweries Plc. The refreshing lime and citric juice-flavoured taste of the Star Radler Citrus flavour created an instantaneous consumer diversity that was unprecedented. With an alcohol content of 2%, Star Radler perfectly works for transit drinkers who crave twice the refreshment.

A radical innovation from the classic Star Lager Beer, Star Radler gradually made its way to bars, clubs and social gatherings, winning more women and young alcohol consumers to the beer tradition.

With the new look of the Citrus flavour and new taste of a red fruit variant, Star Radler brand has relaunched its place in beer culture, refreshing its commitment to enhancing consumers’ taste with its two flavours which offer twice the refreshment.

Mike Ogbalu takes over at Verve as new CEO, Charles Ifedi moves on

November 8, 2019
“UBA is excited to collaborate with one of the foremost Airlines in the world to run a promotion aimed at rewarding our cardholders and premium customers who will enjoy discounted tickets and other ancillary benefits such as loyalty points on the British Airways Executive Club.”

How Betway got BBNaija Season 5 underway in spectacular fashion