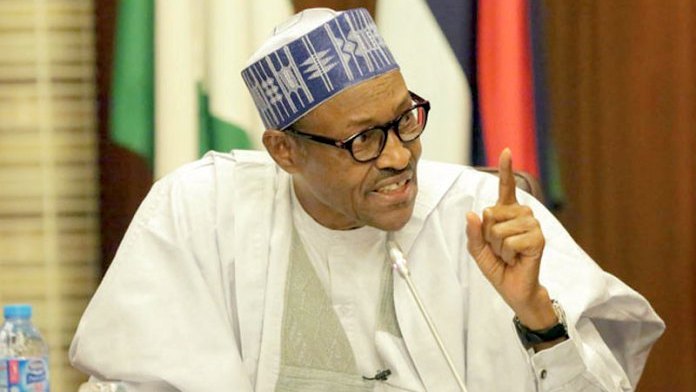 Finally, the Federal Government has come out with details spending of corporate organisations’ donations to fight Coronavirus pandemic in the country with the whooping N30.5 billion spent so far out of N36.3 billion realised.

According the FG N30.5 billion spent between April and July to boost the fight against COVID-19 pandemic in Nigeria.

Giving the detail account of the expenditure, the Accountant-General of the Federation, Mr. Ahmed Idris, disclosed this in response to the Freedom of Information request dated 10 August 2020, sent to the government by the Socio-Economic Rights and Accountability Project and Connected Development.

It will be recalled that at the outbreak of the virus in Nigeria in March, top corporate organisations across all sectors had donated billions of naira to the government at all level to aid fight against COVID-19.

While giving the breakdown, the AGF said the FG received a total of N36.3billion in COVID-19 fund donations and that the N30.5billion spent, represented 84 per cent of the total amount.

The AGF also noted that some of the funds came from the public funds and donations from Banks, Nigerians, and non-governmental organisations, among others.

However, in their response, SERAP and CODE urged the SGF to respond to other information highlighted in the FoI letter, which includes information on projects which the Presidential Task Force on COVID-19 purportedly spent N22bn, and those that benefitted from them.

“We also note that the Nigerian Air Force spent N877 million for the deployment of assets in support of COVID-19 operations; while the Nigeria Police spent N500 million on personal protective equipment. N17, 865.09 was paid as bank charges.

“However, we also note that the documents sent to us do not contain other significant details as indicated in our FoI request dated 10 August 2020, including details and breakdown of the number of Nigerians who directly or indirectly have benefited from the spending, and details on plans to spend the balance of N5.9 billion in the COVID-19 Eradication Support Accounts.

“It is refreshing to note that 115 ordinary Nigerians donated between N1 and N100 to support the authorities’ efforts to fight COVID-19, despite the fact that it is the country’s poorest and most disadvantaged sectors of the population that continue to bear the brunt of the COVID-19 pandemic.

“This is a huge lesson for public officials and politicians about the idea of public service to one’s country.

“It also sends a powerful message about the need for politicians to see public office as an opportunity to serve and give something back to the country, and not a place to mismanage, steal or divert the people’s commonwealth into private pockets for personal benefits.

“We welcome your demonstrated commitment to transparency and accountability, and hope other public officials and institutions would emulate and learn from the good example you have shown by honouring and respecting FOI Act as a matter of routine and practice.”

“We would therefore be grateful to receive more specific details and additional information on the spending of N34.4bn between April and July, and details on plans to spend the balance of N5.9 billion in the COVID-19 Eradication Support Accounts.

“Of the N36.3bn public funds and donations received, N1.4bn came from Nigerians and companies through accounts at the First Bank; Access Bank; GTB, Zenith, and UBA, while N536m donations were made through the Central Bank of Nigeria.

“The N536 donations comprise of N89m and N279m from the Senate and House of Representatives, respectively.

“In addition, China General Chambers of Commerce in Nigeria donated N48m; the Petroleum Equalization Management Board gave N50m while the Nigerian Content Development and Monitoring Board donated N70m.”

SERAP and CODE further stated in the letter that they await the additional information, which is expected to be provided within seven days on receipt of the letter.

“We would be grateful if the requested details and additional information are provided to us within 7 days of the receipt and/or publication of this letter. If we have not heard from you by then, SERAP and CODE shall take all appropriate legal actions under the Freedom of Information Act and the African Charter on Human and Peoples’ Rights to compel you to comply with our request,” the letter stated.

It may be recalled that in March, SERAP gave the Nigeria Centre for Disease Control and the Federal Ministry of Health a week to publish the weekly details of funds and other resources deployed so far in the fight against COVID-19 in Nigeria.

In two separate Freedom of Information requests sent to the Minister of Health, Dr. Osagie Ehanire, and Director-General of NCDC, Dr. Chikwe Ihekweazu, SERAP asked the Federal Government to disclose information on the exact number of tests carried out on high-ranking public officials and politicians, statistics of people currently in self-isolation as well as the number of tests done on the generality of Nigerians.

The request was later followed by a lawsuit filed at the Federal High Court, Abuja, over failure to explain how the funds received were spent by the two government parastatals.

In the suit marked FHC/ABJ/CS/616/2020, the Lagos-based rights group sought “an order for leave to apply for judicial review and an order of mandamus to direct and compel Ehanire and the NCDC to publish details of the funds received from federal, state governments, private sector and details of how the funds have been spent.”

SERAP also sought an order of mandamus to direct and compel the Minister of Health and the NCDC to publish details of the funds and resources from federal and state governments as well as the private sector.

Mandamus is a judicial remedy in the form of an order from a court to any government, subordinate court, corporation, or public authority, to do some specific act which that body is obliged under law to do, and which is in the nature of public duty, and in certain cases one of statutory duty. 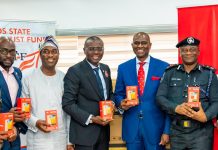 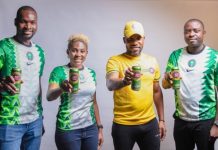