Home Industry News Has GTBank moved away from ‘wouldn’t you rather bank with us?” 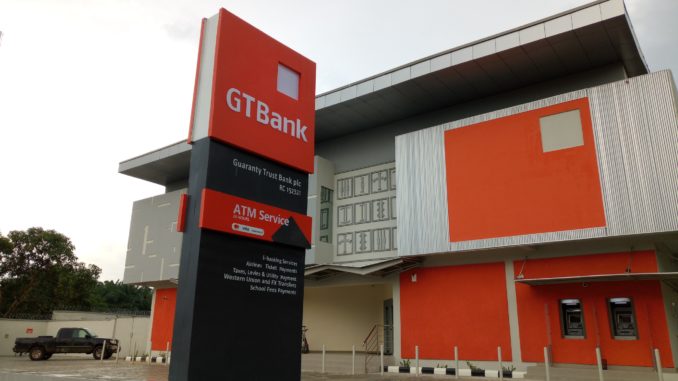 Without a doubt, Guaranty Trust Bank plc widely known as GTBank is one of Nigeria’s populist banks, if not the only one with such attributes, hence its tagline “Wouldn’t you rather bank with us?”

Recently through its products advertising, the bank seemed to have changed it tagline from  “Wouldn’t you rather bank with us?” to “We just want to be part of your life”.

However, the bank has not officially announced any change to the public. Our investigation therefore, revealed that the current slogan is being used in most of the bank’s communications both externally and internally.

The previous tagline, which was a suggestive advertising, was roundly criticised by marketing communications experts when it was launched over 2 decades ago, but the copy had turned out to win more than lose for the bank.

According to Chron.com, “A good slogan conjures up positive imagery about your business or your product. A good slogan has the element of immediacy and immediacy doesn’t necessarily mean that the slogan will inspire consumers to run right out and buy your product. It does mean, however, that your slogan has an immediate cognitive impact.”

“Wouldn’t you rather bank with us?” slogan didn’t just give GTBank a positive imagery but also inspired the low end of the banking public to join the bank en mass.

It is not very clear, why the bank wants to change from a winning and winnable tagline to a new one. Experts wondered if the newly proposed tagline will create the necessary impact the previous one did.

A source within the bank however revealed to 789marketing that the “we just want to be part of your life’ tagline is specifically meant to drive Quick Loan as a product that “wouldn’t rather bank with us” still remain the corporate slogan.

Industry sources have also confirmed that GTBank may be considering a brand rejig for this reason, the bank is testing the waters with this new tagline.

At this point, it looks like GTBank has finally heed the experts’ viewpoint to move from suggestive advertising to conventional advertising.