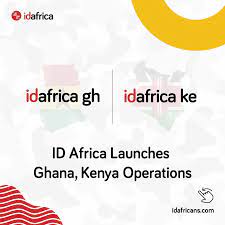 Info Digital Africa (ID Africa), a Nigerian public relations, marketing communications and strategic advisory company, has announced the launch of its operations in Ghana and Kenya. The announcement coincides with the company’s seventh-anniversary celebrations.

The company was founded in 2015 by Ayeni Adekunle as part of BHM, an Africa-focused International PR and communications network with offices in Nigeria and the United Kingdom.

Through local and regional adviser-led outﬁts, ID Africa will use a combination of owned media consumer insights, market knowledge, vast content studio and editorial distribution, and super-advisers, to design and execute award-winning and impactful work across the continent.

Femi Falodun, CEO, ID Africa, commented: “After seven years of building and perfecting our unique approach to marketing and communications in Nigeria, we are now taking this distinctive proposition to other parts of Africa. With a combination of owned media consumer insights, proprietary technology, editorial expertise, and advisers, we are positioned to deliver truly impactful work across the continent.

“ID Africa has come a long way from humble beginnings as a three-person digital media unit of BHM that was spun off and incubated, to becoming one of Africa’s fastest-growing communications companies. Today, we employ almost 40 full-time professionals, work for 10 clients across 6 industries, in 4 countries; and  own media assets with a combined user base of over a million.”

ID Africa’s EBITDA increased by 56% in 2021 from a revenue growth of 76%. Current clients include MultiChoice DStv, ALAT By Wema, Honeywell Group, Betway and Showmax.

“Our mission is to help individuals, brands, businesses and governments make sense of the world’s most promising continent, while connecting them with the people they care about.”

According to the World Bank, Africa’s diverse offering of human and natural resources has the potential to become the world’s largest free trade area with a 1.2 billion-person market. Half of the continent’s population is estimated to be under 25 years old by 2050.

Beyond providing corporate and brand communications services to some of the biggest brands in media, technology, financial services, nonprofit and FMCG, ID Africa is also home to Netng, Neusroom and 234Star, which are some of Nigeria’s most prominent digital media platforms focused on youth and popular culture. The company also organises the annual NECLive, Africa’s largest gathering of entertainment and creative industry professionals, which is also the longest-running conference of its kind in the region.