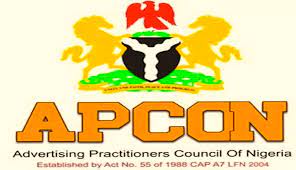 Stakeholders across Nigeria’s Integrated Marketing Communications (IMC) sector have continue to express there views in reaction to the recent action of the industry regulator, the Advertising Practitioners Council of Nigeria (APCON),  threatening to impose  sanctions on Sterling Bank Plc over  the later’s unwholesome exposure of an Easter advertisement to  commemorate the Christian Easter celebrations.

APCON had in a quick reaction to the Sterling Bank online advertorial criticized the bank for p exposing publicly the advert material contrary to its regulatory requirement suggesting that all advertisement copy materials must be subjected to scrutiny of the Advertising Standards Panel (ASP),  the highest advertisements  vetting organ of the Council.

The Sterling Bank Easter advertorial copy compared the resurrection of Jesus Christ with the rising of Agege Bread.

The advertorial revealed a puffed up, golden brown, slized Agege Bread with the caption, ‘Like Agege Bread, He Rose… Happy Easter’.

But in a terse statement widely publicized in the media, APCON condemned in totality, the easter advertorial, describing it as been “distasteful”and stressing that Sterling Bank would be sanctioned for the action.

The Council’s grouse against the Easter advert is based on the fact that the advert copy material fell short of quality  standards having not obtained vetting approval of ASP, prior to its exposure.

In the statement which was signed by APCON Registrar / CEO, Olalekan Fadolapo, entitled ‘Sterling Bank Agege Bread Easter Advertisement’ the Council noted, It had observed with displeasure the insensitive and provocative Easter celebration advertisement by Sterling Bank which compared the resurrection of Christ with Agege Bread, pointing out that “The distasteful advertisement was neither submitted nor approved for exposure by the Advertising Standards Panel, the statutory Panel charged with the responsibility of ensuring that advertisements conform with the prevailing laws of the federation as well as the code of ethics of Advertising in Nigeria, stressing to that extent that “APCON will take necessary actions to ensure that Sterling Bank is sanctioned for the exposure of such offensive advertisement according to law. It added  that no religious belief or faith is ridiculed or any blasphemous advertisement exposed in any guise.”

But despite an immediate  apology letter written by Sterling Bank management to the  bank’s customers and to the Christian body in general for  the offensive advertisement, the bank  continued to receive  barrage of criticisms from  Christian faithful’s all across the social and traditional media           including, most especially stakeholders and practitioners in the IMC  sector who expressed their feelings in response to the unwholesome advertisement which they said was grossly lacking professionalism.

Amongst the practitioners who spoke with The Industry Newspaper was the  President, Outdoor Advertising Association Of Nigeria (OAAN), Emmanuel Ajufo, who spoke in defense of the APCON sanction, pointing out that, Advertising is a profession with rules, and one of the reasons for these rules is to protect public interest.

Accordingly to the OAAN boss, “these rules are subject to be obeyed, and when not obeyed, sanctions should be applied. “I am therefore in support of any sanctions” he affirmed.

Also, Dayo Adefila, Co-founder and CEO, HotSauce Limited, leading integrative media marketing firm and member of Troyka Holdings Group,  commenting on the development  emphasized the need for practitioners to always ensure professionalism in the discharge of marketing and marketing communications functions. He insisted that advertising regulation best practices must reflect attributes of self-regulation and institutional regulation just as it is the case in well developed climes.

Speaking in similar vein, Gabriel Faniyan, a Copy Manager at Fuel Communications Limited, observed that blames for the wrong exposure of the Easter advert must be laid at the door step of Sterling Bank’s in-house graphic artists for what he termed “levels of process of failures” which led to the exposure of the advert copy.

According to him, “Suppose this ad was created in-house by Sterling Bank’s Graphic Artist who then runs it by his Head of Corporate/Brand Communication who is excited by it (or pressed for time to get something out)?

“The point really is that there were levels of process failure that led to the exposure of this ad. The measure of review (scrutiny?) that should have attended such a potentially sensitive material was missing. And I contend that if it had been done right, Sterling Bank might have been receiving accolades for it by now” he noted.

In his own opinion, Lekan Lawal,  the award winning director and theatre maker, CEO / Chief Oversight Officer at Connote  Services Limited, described the Sterling Bank creative work as lacking in Insight, stressing that what the copywriter did in stead was in direct opposite of the true intent of the advertorial.

In his words, “ there are plethora of evidence to this opinion. It is just like saying happy birthday to  President Buhari and depicting him as a skeleton with reading glass and cap, or  rather, describing Mike Adenuga as a set of Michelin tyres put together” The advertorial copy, he noted, was one million percent lacking in insight.

“Insights are uncovered in many ways. Sometimes, it is just the one person digging evidence, Sometimes, it hits you while you are standing in the supermarket observing the way people are making their purchases or while you are sleeping allowing your brain to churn over the challenge.

“So it is not a question of whether one person can choose an insight. Insights are always there. You have to *uncover* them. Thereafter, they can be debated and agreed or rejected depending on how many levels of decision-making you have to deal with.

And for Nosakhare Uwadiae, – Media, Advertising, Commercial and Intellectual Property Law Expert,  the action by APCON, though commendable  was  reactive and not proactive.

While stressing on the need for more pro activeness on part of the Council, he emphasized that APCON should rather use the Sterling Bank case study to drive home some “bigger picture” and not  just react to the advertorial.

He said, “ APCON needs to be more proactive, for example, since the new AISOP regulations came to being, ,how many stakeholders parliament has APCON held specifically to dialogue on Progress on  enforcement of AISOP  to show – Who has complied, Reason for non compliance, how to Increase compliance and more engagements on AISOP”.

He reasoned further that, It is over 6 months since AISOP came into being and there is no formal report to the industry on compliance and penalties for non compliance.

“Beyond wielding the Big Stick, APCON should use this Sterling Bank case to push compliance to AISOP and general Advertising regulation such that it raises compliance level astronomically”

“Can this Sterling Bank (Advertiser) be used as a  case study to further ensure compliance with AISOP, he queried,  adding,  Which of the articles in AISOP are receiving more levels of Compliance and why.

Commenting further, he added, is there a compliance unit in APCON?

One of the Articles clearly stated that all Stakeholders must comply with the Copyrights Laws in Nigeria.

“How many of us have deliberately complied with that. Lest AISOP becomes a ‘paper tiger’, APCON should use this case to drive home the  ‘bigger picture’  and not  just react to the advert.

“It is a litmus test for APCON and AISOP” he concluded. 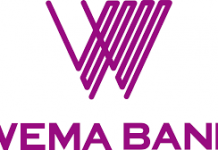 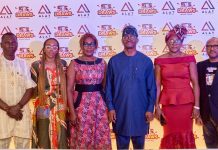 Why I stepped Down from NIMN Presidency – Dr. Rotimi Olaniyan