It was indeed a weekend of action with passion in Onitsha, Anambra State, when Life Continental Lager Beer, a brand from the stable of Nigerian Breweries Plc stormed the ancient city with Umu Oganiru Carnival.
The Carnival, which is the first of its kind, could be described as celebration of the culture and tradition of the people living in the Eastern part of the country. The event drew participants from Onitsha and other states in the East.
Preparing the ground for the two-day fanfare, the NB Plc delegation led by Patrick Ejidoh, Public Affairs Manager, East; paid a visit to His Royal Majesty, the Obi of Onitsha, Igwe Nnayelugo Alfred Achebe to brief him about the event and consequently get his royal blessing for the outing.
According to Ejidoh, since Obi Achebe gave the royal blessing to NB when the company acquired Life Continental Beer in 2012; the brand has been on the upward trend. His words: “Since then, patronage for the product has been on the rise. The blessing continues to impact positively on the brand”.
He explained that the ‘Life Progress Booster Radio Show’ started early in the year; was part of the Nigerian Breweries’ scheme to support the brand’s performance in the market. The radio show was aimed at encouraging budding entrepreneurs in the East notwithstanding the challenges facing them. Ejidoh said NB really appreciates the continued patronage of its consumers in the East; hence the need for the two-day Umu Oganiru Carnival.
The Royal Father expressed support for the scheme, which, he said, will surely assist Nigeria in engaging the youth who are currently facing the challenge of unemployment. With this, he stated, the social issues of communal unrests like those propagated by Boko Haram, MASSOP and the Biafra Agitation will be curtailed.
Under the scheme, Life Continental Lager Beer has given out a grant of N250, 000 each to over 50 young entrepreneurs operating in the Eastern part of the country. The non-refundable grant was given to help alleviate the financial challenges operators of the affected Small and Medium Scale Enterprises might be facing in their respective operations.
Obi Achebe urged corporate organisations to cultivate the habit of ploughing back their profits into the aggregate economy. “I am charging employers of labour to come up with programmes that are sustainable. Besides, our universities should henceforth turn out graduates who can employ themselves,” he said.

The Royal Father said this is what the nation needed at the moment in order to address the social vices currently ravaging the nation. He advised the corporate organisations operating in the country to be more proactive with their Corporate Social Responsibility programmes.
Following the soothing words of encouragement from the Monarch, the team went to town the next day with the breaking of kola nuts at the Godwin Achebe Mini Stadium, Fegge, Onitsha in Onitsha South Local Government Area. The breaking of the kola nuts was handled by the Secretary General of the Anambra State Association of Town Unions, Peter Nwagu; and the body’s First Assistant Secretary, Christian Okafor. The duo led representatives of the 177 communities in Anambra state to the venue of the Carnival.
Following the short opening ceremony at the Stadium, the Carnival procession, which started in front of the Palace of Obi of Onitsha was declared open by gunshot salutation from the Palace signalling the royal backing for the celebration of the people’s culture and tradition. The procession then headed to the main market in the city with mastery display of the cultural heritage of Ndigbo in that part of the country. Other parts of the city covered to prop up awareness for the Carnival by the procession were the Onosi Onira Retreat Garden, Awka Road, Zik Roundabout, Oguta Road, and Beer Market.
The Ogenne Dance Group, masquerades, Young Stars Life Band from Awka, and Sunny Bobo were not left out of the fun as they entertained audience during the procession and at the Stadium where the people later converged to relax and savour the brand.
The King of Igbo highlife, Onyinye Osita Osadebe; who incidentally is the son of the late Chief Osita Osadebe also entertained the teeming guests at the Stadium. Among the guests at the peaceful event were members of Exclusive Club of Onitsha led by their leader, Chinenye Emenyonu, who, commended the NB for the strong backing given to Life Continental Beer. According to her, since Nigerian Breweries took over production of the product, Life Beer has never remained same. She said: “The brand sells fast and is enjoyed by many people who want to quench their thirst for premium beer. 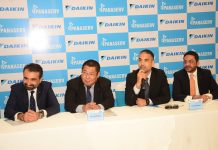 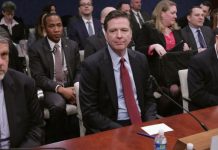 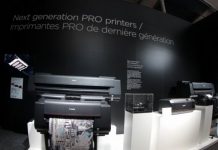 FremantleMedia brings “The Price Is Right Game Show” to Nigeria