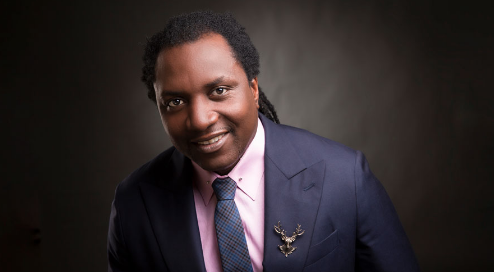 Following on the heels of the successes recorded at the Cannes Lions 2019 Advertising Festivals in France where Steve Babaeko made an impactful global presentation on “The Authentic African story” and his recent listing on the Adweek’s Global Creative 100, Steve Babaeko, Chief Creativity Officer /CEO, X3M Ideas, has been announced by the Lisbon International Advertising Festival as a member of its revered Grand Jury for the 2019 edition of the Festival.

The Lisbon International Advertising Festival which is in its fourth edition has scheduled the 2019 edition of the Festival to take place on September 20th at the Ciência Viva museum, at the Portuguese capital – Lisbon.

Making the announcement in Lisbon on Tuesday, the organizers said: “The organization takes the opportunity to announce the first names of this year’s Grand Jury”, the list which numbers above 70 features distinguished practitioners cutting across critical arms of the marketing mix.

“These prestigious names, coming from all around the world, increase the global character of the event, which is already one of the most important international advertising festivals”, it added.

Babaeko who is arguably the fastest rising Advertising Face in the sub-region and Africa, having been multiple times Jury member  from Cristal in Morocco; to Loeries in South Africa;  and the New York Advertising  Festival among others, will be serving the Lisbon Festival for the first time in the capacity of a Grand Jury, in the Craft category. He would serve alongside Ricardo Moreira – Director & Craft Retoucher at Moreira Studio.

“It will be these personalities who will judge online, in a first phase, all the works in the competition. From this vote process  will be created a shortlist that will be voted in person in Lisbon by the Executive Jury, chaired by Andrés Ordóñez – Chief Creative Officer at FCB Chicago”, the organizers added.

Steve who is the Vice President of the Association of Advertising Agencies of Nigeria (AAAN) also doubles as the Chairman, Lagos Advertising & Ideas Festival board which organises the AAAN’s annual LAIF Awards. He has always reiterated the experience he garners around these respected advertising Festivals including the No. 1, Cannes Festival – will always serve him in good stead to improve the Nigerian LAIF awards.

Currently in its 11th edition with Steve chairing the event three years back-to-back, the event has been progressively on the upward swing in organisation, packaging, judging and credibility. He said his team, the LAIF Board organizing Committee hopes to take the award international as its get ready for the 12th edition before the year ends. 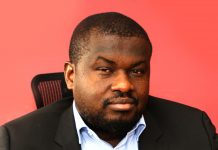 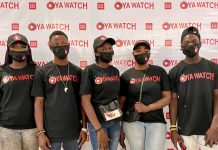 Communication Practitioners to be Rewarded By IABC 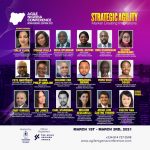 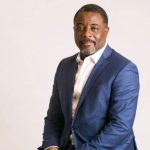