Winners of various prizes from the ongoing Gulder Ultimate promo have commended the Gulder brand for rewarding their loyalty in a big way. The latest of such commendations came from Francis Njoku and Kolawole Ishola who emerged winners at the first electronic raffle draw that held in Enugu recently. Njoku, a Lagos-based fashion designer won a brand new Hyundai Elantra car while Ishola won a cash prize of N100,000 in the promo.
Speaking in separate interviews at the prize presentation ceremony at the headquarters of Nigerian Breweries Plc in Iganmu Lagos, the duo voiced their approval and pledged their loyalty to the brand that has enhanced their living standards through the promo.
Mr. Njoku who was beaming with happy smiles while flaunting the keys and documents to his car said the win has reinforced his faith in the brand he has patronized for over a decade.
“Gulder is the ultimate. Gulder is the real drink. It is the best brand. It has been my brand for over 10 years. I advise my guys, everybody, switch to Gulder”, he said.
Narrating how he got the good news, the fashion designer said; “We were in the spirit of sallah celebrating with my muslim friends when they called me that I had won a brand new Hyundai Elantra. At the first instance, I never believed it. I thought it was a scam. It was when I later called back that I was told this is for real; that they were calling me directly from the draw at Okpara Square in Enugu. That was when I started believing a little bit. The following day, they, called again to tell me that they are going to make a presentation on Wednesday which is today and I should make myself available with my friends and family to cheer me up and that if anybody calls me to send any money or my bank details that I should not listen to such a person because Nigerian Breweries doesn’t take money before giving the prizes to customers who win during promotions. That was when I believed it. I am more than excited”.
Also speaking, Kolawole Ishola, a Photographer who won a cash prize of N100,000 said the cash prize will boost his photography business as he intends to use the money to purchase more equipment. “I will use the money to do many things and grow my business. For instance I can use it to buy better quality camera lens and other equipment. I am happy. I am satisfied and I say thank you to Gulder, the ultimate beer”, he said.
Speaking before the prize presentation by the company’s Marketing Director, Mr. Franco Maria Maggi, Corporate Affairs Adviser, Nigerian Breweries Plc, Mr. Kufre Ekanem said the event was a further confirmation of Nigerian Breweries’ commitment to fulfilling its promises to consumers of its products. Mr. Ekanem who disclosed that more prizes were still to be won, urged consumers to take advantage of the opportunity offered by Gulder beer.
There are three ways through which consumers can win in the 2015 edition of the Gulder National Consumer Promotion.
First is the instant prize crown corks. As the name connotes, the prizes can be claimed instantly and the gift items in this category are 3.5 million bottles of beer and 500,000 units of N200 airtime, redeemable from any of the major networks. Consumers who find this crown cork would have to text the alpha numeric codes to the short code 20388 to get an instant electronic recharge from any of the four major GSM telecommunications service providers; Glo, Airtel, Etisalat and MTN. The free drinks are redeemable at designated redemption centres.
The second crown cork is the differentiated crown cork category and which have alpha numeric codes inscribed underneath them. Holders of this crown cork have to send the codes to 20388 to be part of a national raffle draw that would be held forth nightly. While grand prize winners will drive home brand new Hyundai Elantra vehicles, second and third prize winners will win N200,000 and N100,000 respectively.
Other consolation prizes include generators, N50,000 shopping vouchers, refrigerators, 32 inch LED television sets, home theatre, rechargeable standing fans and electric shavers.
Holders of the third class of crown cork – the experiential crown corks- marked Ultimate Chase, will have to report at designated national chase venues with six of those crown corks to participate for an opportunity to win a brand new car. Asides the prizes to be won, the Ultimate Chase gives consumers the opportunity to imbibe the brand’s core values. Other consolation prizes include MP3 players, mini music bluetooth speakers, dual sim phones, electric shavers, Gulder cufflinks, spray irons, cooking plates, rechargeable standing fans, Galaxy Tabs, smart phones, 32 inch television sets, a year’s supply of Gulder, generators, refrigerators and home theatres. 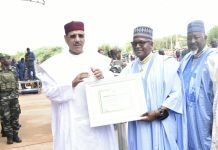 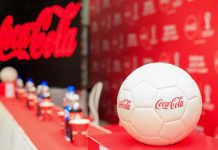 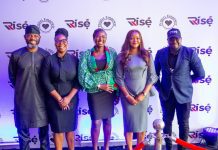