The dust raise by the Nigerian Communication Commission’s (NCC) N1.04trillion fine on MTN Nigeria for failing to disconnect unregistered last month is yet to settle as the two top executives at MTN Nigeria, CEO, Michael Ikpoki and Head of Regulatory and Corporate Affairs, Akinwale Goodluck throw in the towel and join former MTN Group CEO, Sifiso Dabengwa at the exit door.
Dabengwa, who was a at the MTN Nigeria as CEO in 2000’s resigned on November 9 after NCC announced N1.04trillion fine to MTN. since then the pressure has been on the Nigeria office to let Ikpoki and Goodluck leave however a softer landing was provided for the both executives rather than outright sack.
This resignation of these two key officers came despite NCC announcing a reduction in the jumbo fine from $5.2 billion to $3.4billion and given the South African mobile phone operator until the end of the year to pay it.
A statement from MTN Nigeria this Thursday said “MTN Nigeria’s CEO Michael Ikpoki and the head of Regulatory and Corporate Affairs Akinwale Goodluck have tendered their resignations with immediate effect.”
The mobile phone operator said Ikpoki would be replaced by Ferdi Moolman as MTN Nigeria CEO and Amina Oyagbola as its head of Regulatory and Corporate Affairs.
Moolman was previously CEO at MTN Irancell and most recently CEO at MTN Nigeria. A Nigerian national, Ms Oyagbola also retains the position of MTN Nigeria’s Head of Human Resources. She formerly headed regulatory affairs at the Nigerian operating company.
Meanwhile Debangwa was replaced by Phuthuma Nhleko, the former MTN group CEO and current non-executive chairman, who will take on an executive role until Dabengwa is replaced. MTN South Africa CEO Ahmad Farroukh resigned in July after a protracted strike, less than a year after his appointment 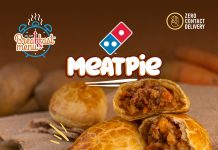 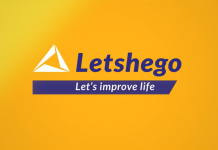