Nokia Networks, ARM and Enea have established the OpenFastPath (OFP) Foundation, an initiative that combines the advanced technologies and security features of the telco world with the open source approach of the IT domain. A growing community of engineers can now accelerate the development of high throughput, low latency user space network applications that utilize IP packet processing.
The development of the telco cloud creates requirements for the IP transport network, as Software-Defined Networking (SDN) solutions rely increasingly on transport layer capabilities. The OFP Foundation is a non-profit, open-source software initiative dedicated to lowering technology barriers and fostering innovation in this area. It aims to create a vibrant open-source community around a standardized, accelerated TCP/IP stack that provides top performance for SDN-ready network functions. For operator networks, the new fast-path stack means reduced IP latency, higher capacity and thus faster packet forwarding, and lower implementation costs.
In addition to the three founding members, the initiative is supported by several industry players including AMD, Cavium, Freescale, Hewlett-Packard and Linaro.
Charlene Marini, Vice President, Segment Marketing, ARM, said: “Collaborative open source initiatives such as the OFP Foundation are fundamental in realizing a networking infrastructure built on flexible and heterogeneous compute platforms. The formation of this foundation adds further momentum to the expanding ecosystem of open source communities that are focused on accelerating network applications through innovation and increased interoperatibility, while reducing fragmentation and time to market.”
Daniel Forsgren, SVP Product Management, Enea AB, said: “Hardware vendors, application developers and system integrators in the networking ecosystem will benefit greatly from OFP as a common high-performance IP stack, and will be able to focus on their respective differentiation. Enea’s unique position as OFP experts is a valuable resource when supporting these efforts, through tailored software and services offerings.”
Henri Tervonen, Vice President, Mobile Broadband Architecture at Nokia Networks, said: “I am very excited that we are able to introduce into the IT world the high performance, low latency advantages developed for the telco environment. The OpenFastPath TCP/IP stack will directly affect the speed and capacity of the IP transport layer, helping accelerate the performance of SDN-ready network applications for the benefit of end users.” 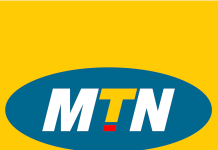 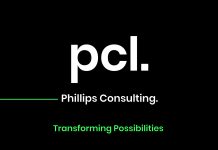 ‘The most disruptive thing in the market is not technology, but rather the customer’