For large corporate entities, corporate social responsibility, (CSR) initiatives are low hanging fruits that often offer these top organisations the opportunity to ‘brag’ and leverage the soft side of their brands.

This, in a way, takes the brand closer to the benefiting community. Consumers are likely to see the brand in good light and in most cases; government tends to reward the organisation with tax rebate, if the initiative is a far reaching one.

Early last week, the industry witnessed a public relations disaster from BUA Group that announced the purchase of one million doses of Oxford/AstraZeneca vaccines for Nigerians.

The PR misstep occurred between BUA Group, and Coalition Against COVID-19 (CACOVID), a private sector led initiative geared towards a perfect standard of life for Nigerians as a result of COVID-19 pandemic.

Although BUA’s announcement was received by many as a major step towards getting Nigerians inoculated, and that vaccine was imminent, but the high expectation suddenly deemed as CACOVID countered BUA’s early claim that it had purchased 1 million doses of vaccine.

What looked like a major PR achievement and CSR breakthrough for BUA Group swiftly became a case of PR disaster for the brand.

BUA may not be as loud as Dangote in the media, but the brand is gradually warming itself into the firmament of strong brands that care much about their image.

To nip in the bud the BUA’s supposed rising image as a caring brand, CACOVID released a statement immediately entitled: CACOVID disowns BUA contribution of vaccine.

In a statement issued to clear the air on the COVID-19 vaccines purchase, the Coalition noted in part that, “These claims are not factual as CACOVID operates on a collegiate fund contribution model. There is no agreement between BUA, CACOVID and Afreximbank.”

According to the statement, CACOVID leadership agreed to contribute $100 million to procure vaccines for Nigeria, noting that “these 1 million doses from Afreximbank worth $3.45 million, being the very first tranche. CACOVID will purchase vaccines through other credible and subsidised mechanisms such as COVAX.”

The coalition further rubbished BUA’s position by stating that “CACOVID would like the Nigerian public to understand that vaccine purchase is only possible through the Federal Government of Nigeria, and that no individual or company can purchase vaccines directly from any legitimate and recognised manufacturer.”

Unknown to BUA, South Africa has put its rollout of the Oxford-AstraZeneca vaccine on hold after a study showed “disappointing” results against its new Covid variant. The trial, involving some 2,000 people, found that the vaccine offered “minimal protection” against mild and moderate cases.

BUA had already named the vaccine and this caused some disbelief in some quarters. In a face saving move, BUA released purported purchase receipt that was quickly countered by CACOVID.

In a statement by BUA, the company said, “BUA receives with utter shock, report allegedly attributed to CACOVID, disowning its earlier payment through CACOVID for I million AstraZeneca doses for Nigerian via AFREXIM vaccine platform.”

According to BUA founder, Abdul Samad Rabiu, “BUA decided to secure these 1 million vaccines by paying the full amount for the vaccines on Monday (February 8, 2021) because these vaccines became available only last week through AFREXIM. We expect the vaccines to be delivered within the next 14 days and hope priority will be given to our frontline workers who have committed their lives to managing the pandemic”.

He said the purchase was coordinated by the President of the Afrexim Bank, Benedict Oramah, and the Central Bank Governor, Godwin Emefiele, through the CACOVID Private Sector partnership.

“BUA did this gesture in good faith as it has done with its interventions throughout the pandemic.”

Sources said that BUA’s gestapo move on the controversial vaccine purchase was targeted at Dangote Group that always positioned as the CACOVID front company. The announcement was to deal a hammer blow on Dangote Group and its founder, Aliko Dangote.

In the industrial sector, Dangote has always been seen as the leader. Therefore, attacking the leader at the right time was going give BUA a ladder to climb, but it miscalculated it.

Perhaps, BUA communication team did not take into consideration the Robert Greene’s 48 Laws of Power, which Law 1 says “Never outshine the master.”

Should BUA had succeeded, Dangote brand would have been perceived as none-caring—exploitative-brand by the larger public.

There is no gaining saying that BUA’s team didn’t do a good job and completely ignore Greene’s Law 5 that says “So much depends on reputation, guard it with your life.”

Greene advised organisations and brands to always be alert to potential attacks and thwart them before they happen. Meanwhile, he said, learn to destroy your enemies by opening holes in their own reputations. Then stand aside and let public opinion hang them.

Doubt is a powerful weapon, Greene stated. Once you let it out of the bag with insidious rumors, your opponents are in a horrible dilemma. Once you have a solid base of respect, ridiculing your opponent both puts him on the defensive and draws more attention to you, enhancing your own reputation.

There is no doubt that BUA’s intention was to ridicule its biggest opponent and if it has succeeded, Dangote would never have recovered. 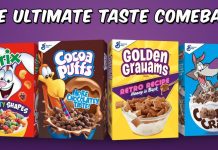 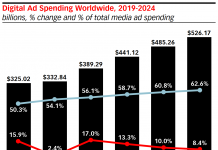 Shoprite holds second edition of ‘Made in Nigeria’ initiative to promote...