The Lagos Recyclers Association has appealed to the state government to involve professionals in the licensing of recyclers in the state to ensure compliance to standards and safety of the environment.

Speaking with journalists, Idowu-Adegoke said the vast majority of recyclers in Lagos State were still operating informally. This, he said, prompted the need to initiate a process that would ensure the licensing of every practicing recycler in the state.

According to him, the recycling industry was worth over a billion dollars and was already making significant contribution to the Gross Domestic Product of Lagos State and Nigeria at large.

Idowu-Adegoke said, “We’re saying to policymakers, get us involved in licensing these recyclers. So when you get us involved, we can also be a voice in stating the criteria for you to participate in the recycling industry.

“Not just I want to recycle, you come, like you said, the battery. That is a very hazardous waste. So there are special ways to recycle those. And if you don’t have those equipment, if you Know the environment is not conducive, then you’re going to be doing more harm to the environment than saving what you’re meant to do. So.

“What we’re doing with regards to that is what we call policy advocacy. We’ve been advocating seriously, with Lagos State Waste Management Authority, with LASEPA at Lagos State Environmental Protection Agency, and overall Ministry of Environment lately, having face- to- face discussion, we have been having input in their policy, and we’re out to even implement the policy.”

He further stated that LAGRA was already embarking on a circular economy campaign that would enable solid waste to go through a cyclic process of conversion to manufactured utilities.

The keynote speaker at the event, Senior Special Assistant on Sustainable Development Goals to the Governor of Lagos State, Olalekan Fatodu, said the importance of resource management or responsible consumption and production could not be overemphasised.

He stated that if concerted efforts were not mustered to squarely tackle waste management and resource preservation, the attendant spike in population growth might create environmental problems that would be difficult to control. 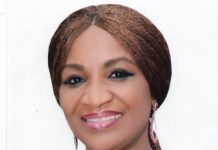 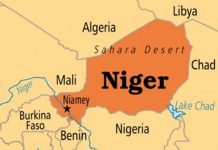 The transformation of the advertising space