In what signposts a new development in political campaign in Nigeria and indeed, West Africa, Lagos woke on Wednesday, November 30th, 2022 to witness a stylish break of a political campaign as Governor Babajide Sanwo-Olu formally commenced his re-election drive with brand displace in the air, on the land and in the sea on. Governor Sanwo-Olu and his deputy, Dr Kadri Obafemi Hamzat, are the gubernatorial candidate and running mate on the ticket of the All Progressives Congress (APC) for the March 11th 2023 governorship election.

The brand activations of the campaign, themed “Greater Lagos Rising”, began at midnight with the deployment of an array of assets, among which are digital banners, A-Frames, Static Billboards, Digital Billboards, Gantries, Branded BRT Buses, and Ventricular to strategic locations in the state.

By 4 am, the campaign focus shifted from the air to the sea, which emphasises the place of Lagos as a State of Aquatic Splendour. The unveiling of a Laser Branding of the Lagos Lagoon along the Third Mainland Bridge delighted many Lagosians on that route in the early hours of the day, while amplification on the social media enabled millions of the citizens to behold the wonder of the day.

Then followed from 4:30 am about 1,000 energetic young Lagosians in Campaign Mascots who took strategic locations in the State to alert Lagosians about the break of the re-election campaign of the Numbers One and Two Citizens of the State. They were found not only on the Third Mainland Bridge, but also at Oshodi, Lekki, Ikorodu, Ojota and Abule Egba.

At 6:30am, a Sea Show featuring hundreds of Lagos citizens in the riverine communities rolled out branded canoes to commemorate the start of the re-election campaign of Governor Sanwo-Olu and his Deputy.

A multi-dimensional Road Show comprising Power Bikers, Activation Rigs and Mobile Advertising Vans also commenced from Ikeja through Ikorodu Road to Lagos Island at 9 am. And by 1 pm, the campaign jingles hit the airwaves through major radio stations.

A media conference to unveil the Brand Campaign took place in Ikeja, the state capital, by 11 am, while TV campaigns broke by 7 pm.

Lagos State Commissioner for Information and Strategy, Mr Gbenga Omotoso urged Lagosians to brace up for “an exciting campaign season like never seen before! A government that has delivered on its promises, we have many reasons to campaign boldly”.

On the rationale for A GREATER LAGOS RISING! as the campaign theme, the Commissioner recalled how Lagos managed and navigated through the challenges of the first three years of the Sanwo-Olu administration, which anchored its campaign thrust on GREATER LAGOS! while seeking to be elected in 2019. The records of the administration propelled the Governor and his Deputy to put their hats in the ring again, the commissioner said.

Expanding on the storied journey of the triumph of the human spirit over challenges as typified by Governor Sanwo-Olu, Omotoso announced: “With all sense of humility, Mr. Babajide Olusola Sanwo-Olu has sent us here to say, ‘I am running on records. Get ready for more’”!

Just a month in office, the administration had faced its litmus test with Lagos witnessing torrential rainfall which impacted negatively on the state of roads, causing traffic snarls and attendant hardship on the citizens. The response of the Sanwo-Olu administration was to launch the #FixingLagosRoads Campaign, an intensive road rehabilitation campaign. Then came the tragic pipeline explosion at NNPC in Ijagemo, as a result of the activities of pipeline vandals. Governor Sanwo-Olu mobilised help for the helpless.

There were also the commercial motorcycle (okada) menace, which got critics railing at the government. But Governor Sanwo-Olu rode the storm. “The move was a containment strategy to keep their activities manageable for the already over-stretched security agencies. Again, respite came the way of the citizens who applauded the bold move by the Sanwo-Olu administration”, the commissioner reminisced.

He recalled the setback that Covid-19 pandemic could have caused to Lagos but for a courageous and brave Governor and Deputy Governor. In the end, Lagos emerged the global example for the medical world on how to fight the pandemic.

#ENDSARS also almost grounded the state with critical infrastructure massively destroyed. But the Lagos of Sanwo-Olu came out stronger. “Within a few weeks, Governor Babajide Sanwo-Olu launched the Rebuild Lagos initiative aimed at rebuilding all that was destroyed during the protest”. Omotoso said.

He said that A GREATER LAGOS RISING! is not only appropriate for a state that achieved so much in spite of all odds, but also a “thematic continuum of what we promised in 2019”.

“We promised our people A GREATER LAGOS. What do we see around us? Abundant evidence of a new city rising from the womb of time. We do not make a false claim of having reached the zenith of our journey. Our contextual usage of the word is as an adjective that suggests an upward slop, an increase and an upward movement. These are the signs discerning minds can see all around the City of Lagos today,” the Commissioner said. 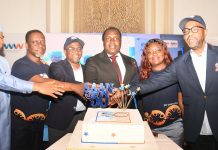 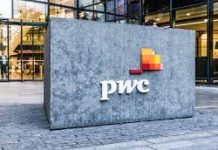 CEOs around the world believe global economic growth will decline over the next 12-months, the most pessimistic outlook in over a decade: PwC Global... 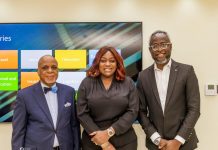