Lagos based B-Boy Crew, Space Unlimited, has emerged winner of the Sprite sponsored 2015 edition of the Battle of the Year (BOTY) dance contest which held over the weekend at the Indoor Sports Hall of the University of Lagos Sports Center, ‎Akoka, Lagos.
The three-time winners who had consecutively won the 2011, 2012, and 2013 editions defeated defending champions, 619 Crew in a keenly contested show of Break Dance skills and artistry to clinch the number one spot. Representing Nigeria, the winners will travel to compete at the International BOTY World Finals in Braunshwieg, Germany, courtesy of Sprite, later this year.
Speaking at the event, Senior Brand Manager, Flavours, Coca-Cola Nigeria Limited, Toyin Nnodi expressed delight at the number of highly talented youths who participated in this year’s contest. Nnodi said, “What we have seen at this year’s competition clearly attests to the fact that there are many youths in Nigeria with amazing talent. Sprite’s commitment is to be the spark that fuels the passions of Nigerian Youths, and we are happy to have brought this to life at this year’s edition of the BOTY event.”
Of the 13 Crews who participated in this year’s edition of the contest, four crews made it to the semi-final round – 619, Floorworkz, Space Unlimited and Squad One. The keenly contested semi-finals saw Space Unlimited and 619 progress to the Finale where Space Unlimited emerged as the judges’ favourites for this year’s competition.
Excited about their win and the upcoming trip to Germany, the members of Space Unlimited crew thanked Sprite and the organizers of the event, House of Royalty, for the opportunity to represent Nigeria at the international competition. Speaking on behalf of the crew, Vikbone said, “We are grateful for this amazing opportunity once more to represent Nigeria at the International BOTY World Finals in Germany. This time we promise to bring home the crown.”
The competition which held over 2 days from 22nd – 23rd August kicked off with the individual competitions in the Locking, Popping, Krumping and B-boy one-on-one battle categories. 24-year old Michael Obi and Victor Amanjo emerged winners of the Locking and Popping categories respectively, while 16-year old Bolu Ewedemi and Adesanya Bolaji came tops in the Krumping and B-Boy One-on-One categories, respectively.
The event also featured guest performances from budding talents, Mz Kiss, Zyno Spice, Hof and C-Boy who entertained the audience in between the dance competition rounds. Vector Tha Viper, star performance of the event got the audience on their feet, rocking and singing along to his well-known lyrics.
The judges for the event were A-list dancers, B-Boy Red 1 of Pockemon Crew in France, B-Boy Poxy from Cameroon, B-Boy Boon from Texas, USA, Franc Okwara and B-Boy Maxbuck. DJ Mekzy and DJ OZ were on the wheels of steel to provided the beats for the event. 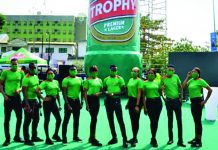 Nestlé’s GOLDEN MORN – building the next generation of agripreneurs 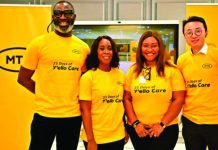