President Muhammadu Buhari’s blanket dissolution of the boards of agencies, commissions, and parastatals has returned the Advertising Practitioners Council of Nigeria (APCON) to the comatose it suffered for 18 months during the administration of former President Goodluck Jonathan.
For that period of time, the government did not appoint a chairman to constitute the council of APCON, the regulator of integrated marketing communications (IMC).
Based on a letter dated July 16, 2015 (referenced SGF.19/S.81/XIX/964) signed by the head of federal civil service, Danladi Kifasi vacated the council and relinquished its powers to APCON registrar/chief executive officer.
The council, which was inaugurated on March 26, 2015, made history as the most short-lived.
Stakeholders believe the dissolution contravened the APCON Act.
SO&U Group Managing Director, Udeme Ufot, who chaired the disbanded APCON council, said the government was misguided because the law that established the body does not give it the power to disband the council.
Corporate perception of advertising
It is hard to overstate the importance of marketing. From hot new startups to local stores, every type of business can benefit from the increased sales and heightened brand awareness a great marketing campaign can offer.
No matter how great a good or service is, without marketing, the producer is likely to stand still and be ignored. The company has to move forward and find customers or clients.
Some of the world’s best known and celebrated companies – from Coca-Cola to Apple – have successfully used two surprisingly simple tactics: making great products and marketing them well.
Despite the importance of marketing, of which advertising is a massive element for both local and international organisations, this element in the management mix usually takes the hit once there is a downturn in fortunes.
During cost effective management, the board or management committee will vote for advertising budget to be sliced.
Most times while other costs remain constant marketing budget is reviewed downward; yet marketing and advertising are the engine room of any organisation.

While the corporate seem to understand the importance of marketing and advertising to their sustainability, the government is in most cases completely oblivious to how the industry can improve on the country’s market value.
Countries like South Africa, The Gambia, Malaysia, and others give adequate attention to agencies that regulate and control communications, particularly advertising.
Most commercials aired across television channels in Nigeria are shot in South Africa, Brazil, and Dubai. The attraction was made possible by the regulators in these countries.
APCON is treated as the poor cousin to the Nigerian Communications Commission (NCC), Standard Organisation of Nigeria (SON), National Agency for Food and Drug Administration and Control (NAFDAC), and even the National Lottery Commission (NLC) and the Consumer Protection Council (CPC).
Most of these other agencies receive appropriate government attention, but APCON is made to survive on handouts from stakeholders. It is viewed as a parastatal rather than a regulatory agency.
The boards of agencies such as the Nigerian Medical Council (NMC) and Nigerian Institute of Architect (NIA) were not dissolved by the government. But APCON was singled out because it is seen as a political seat rather than a professional position.
Ufot said: “We are set up by statute, like the Nigeria Medical Council and Nigeria Institute of Architect. “We shouldn’t have been affected but there is no one in the ministry that is keen to stick out his neck and take a risk. And as they say, ‘obey the last order.’”

A lack of understanding
Observers have noted that the government lacks a clear understanding of the position of APCON in law.
APCON is a statutory agency of the government and falls under the manipulation of politicians, said an advertising practitioner who pleaded anonymity.
Association of Advertising Agencies of Nigeria (AAAN) President, Kelechi Nwosu, reminded the government that APCON is a regulatory body and not a parastatal.
He argued that for IMC to work properly and compete with its peers in standard, drugs administration, medicine, and environment, it should be accorded a professional status.
“The government needs to be enlightened and encouraged to treat APCON council as a regulatory council with professional seats rather than as a parastatal for political seats,” Nwosu said.
The government’s lack of understanding was evident during the 18 months without a chairman at APCON. The Jonathan administration did not appoint a chairman after Lolu Akinwunmi served out his tenure.
This crippled activities in the industry, leaving it with little or no rule enforcement, especially during the general election campaign. 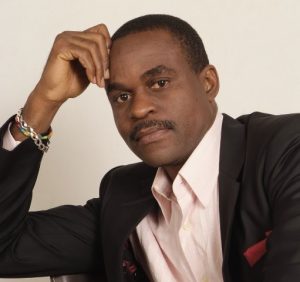 There is concern that the APCON reform, which has helped the industry in monitoring, implementation, and standard is endangered as a result of the board dissolution.
Ufot said the dissolution will hamper the effectiveness of the reform as nothing can be done without the council in place.
“Until this lacuna is removed, the enforcement agency in APCON cannot completely do its job because APCON runs through its council. It is run by consensus.
“Everything is by the order of council. Some other agencies are well represented in APCON to regulate advertising but as it is now everywhere is in limbo.”
Nwosu added that “the full implementation of the APCON reform as directed and monitored by the APCON council will be delayed.
“A sub committee that will drive the reform is constituted by the council and takes its powers from the council. That sub committee, also comprising some members of the council, cannot work well without a council.”
Nwosu recalled that the reform was also stalled by the absence of a council for 18 months. “Getting a properly constituted APCON council back is therefore of immense priority to all of stakeholders in the industry,” he advised.

Ufot disclosed that stakeholders have made overtures to Buhari and are confident that the board will be reconstituted soon. 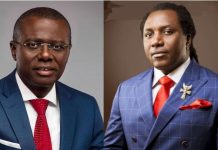 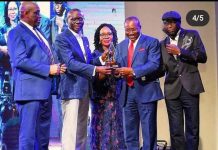 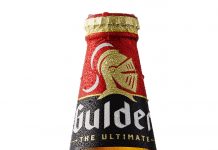