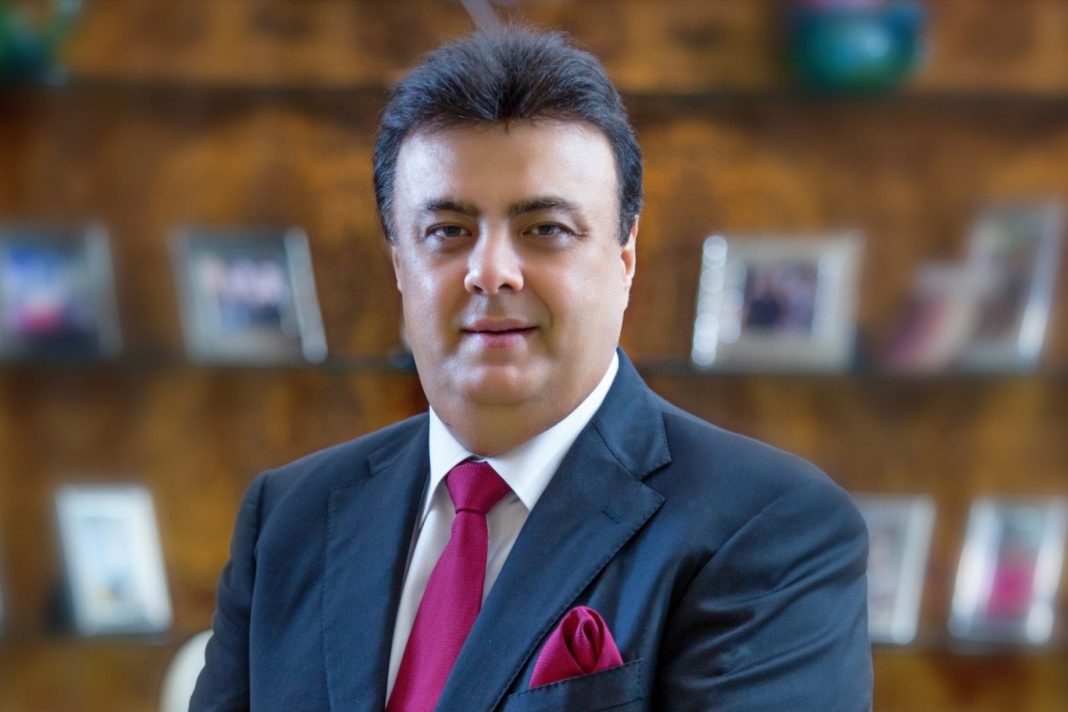 The Stallion Group boss, Sunil Vaswani has allegedly accused Zenith Bank Plc for unprofessional ism and malpractice, as the rift between both organisations continued to take twist.

In a new development, Vaswani said that the alleged indebtedness of over N23 billion owed by his organisation has been manipulated by bank to the tune of N18, 369, 960 billion in excess.

Vaswani position was contained in the counter affidavit he filed in opposition to the originating summons filed by Zenith Bank Plc asking for an order of the court entering judgment against the defendant (Vaswani) in the sum of N23, 388,188, 765. 49 billion, being his outstanding indebtedness on account of the guarantee given by Vaswani in respect of various sum advanced to Stallion Nigerian Limited which has remained unpaid as at 12th May 2020 in spite of repeated demands.

In the counter affidavit deposed to by Stallion Group’s Director of Administration, Mr. Tajudeen Olalere, filed and argued by his counsel, Mr. Uchenna Njoku, Vaswani denied any indebtedness  to Zenith Bank and urged the court to dismiss the suit instituted by the bank for been false, unfounded, unsubstantiated, unjust and unwarranted and an  abuse of court process.

Vaswani in the counter affidavit averred that haven noticed the inexplicable refusal of Zenith Bank to have account reconciliation exercise,  Stallion suspicious  that  Zenith Bank might have  been manipulating its accounts  decided to undertake the  audit of its accounts with the bank  beginning from the year 2012.

The defendant said  to Stallion’s utter chagrin, it was discovered through the audit  that the bank had charged illegal, unauthorised and unlawful interests, management fees, COT-VAT fees, finance charges and LC charges to the tune of N18, 369, 960 billion.

He further averred that  Zenith Bank’s allegations and contentions of being owed the sum of N23, 388, 188, 765.49 billion, as at May 12, 2020 by Stallion are false, adding that the entire false package of allegations of indebtedness put together by  the bank are part of a deliberate stratagy to humiliate Stallion and Mr. Vaswani and terrorise them into backing down from their legitimate demand  that there should be a reconciliation of all the accounts of Stallion in the bank or a third patty audit of the accounts of Stallion with the claimant.

Vaswani, who denied any indebtedness of Stallion Group  to Zenith Bank, said  that contrary to the false claims by the bank, Stallion has not only repaid its debt to the bank,  but has overpaid the bank by several billions of naira for which cause Stallion has been calling for account reconciliation or third party auditing of its accounts in Zenith Bank.

It would be recalled that Zenith Bank Plc has dragged the Chairman Chief Executive Officer of Stallion Groups of  Companies, Mr. Sunil Vaswani before an Igbosere High Court  Lagos,  over alleged unpaid N23, 388, 188, 756. 049 billion debt.

Zenith Bank in the suit marked LD/3945GCMW/2020, filed against Mr. Vaswani was filed due to his alleged failure or refusal to pay the alleged debt despite several and repeated demands.

The  Zenith Bank Plc through its lawyer, Mr. Kemi Balogun (SAN), who leads Chidozie Ndukwe, Babatunde Olanipekun and five others is asking for an order of the court entering judgment in the sum of N23, 388,188, 765. 49 billion  against Vaswani, being his outstanding indebtedness  on account of the guarantee given in respect of various sum advanced to Stallion Nigerian Limited which has remained unpaid as at 12th May  2020 in spite of repeated demands.

The bank is also seeking for a declaration that having regard to the clear and unambiguous provisions of the Deeds of Personal Guarantee and the statement of net-worth executed by Vaswani in its favour over the facilities advanced to Stallion Nigeria Limited, who has failed together with the defendant upon several and repeated demands to liquidate the debt that has arisen there from, it is entitled to judgment against the defendant in the sum of N23, 388,188, 765. 049 billion, being  Vaswani’s outstanding indebtedness to it, as at  May 12, 2020, and interest at the rate awarded by the court from the date of judgment until final liquidation of the said sum.

The bank further asked the court for an order vesting in it, all the rights attached to Vaswani’s assets, landed properties and all other forms of real estate wherever located within the Federal Republic of Nigeria, the United States of America, United Arab Emirates, particularly and not limited to the properties known as L9, Lailak Street, Emirates Hills, Emirates Living, the United Kingdom, particularly and not limited to the property known as 40, Avenue Road, London, NWH 8 6H5, and all countries of the European Union (EU), and any other jurisdictions worldwide.