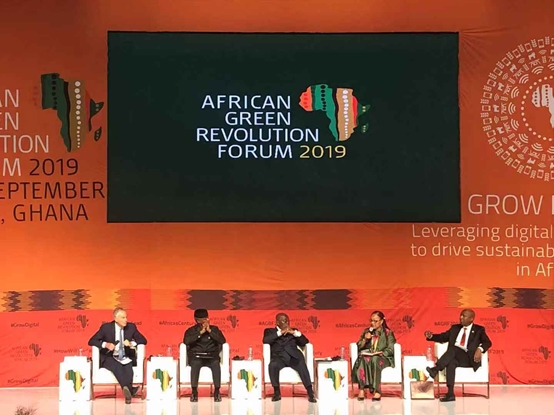 More than 2,300 delegates have gathered in Accra, Ghana for the 10th edition of the African Green Revolution Forum (AGRF) which runs from 3-6 September.

AGRF is the world’s premier forum for African agriculture, pulling together stakeholders in the agricultural landscape to discuss and commit to programs, investments, and policies to achieve an inclusive and sustainable agricultural transformation across the continent.

Under the theme Grow Digital: Leveraging digital transformation to drive sustainable food systems in Africa, leaders from countries across Africa including H.E. Nana Addo Akufo-Addo, President of the Republic of Ghana, H.E. Faure Essozimna Gnassaingbe, President of Togo; H.E. Mahamadou Issoufou, President of Niger; President of Cote d’Ivoire; H.E. Yemi Osinbajo, Vice President of Nigeria; and Rt. Hon. Edouard Ngirente, Prime Minister of Rwanda participated the forum, shared their experience in development of agriculture within a digital era and contribution to the goals of the Malabo Declaration (2014) and the Sustainable Development Goals (SDGs). AGRF rallies these leaders and various stakeholders around a common purpose – to unleash the full potential of Africa’s millions of smallholder farmers and agriprenuers who provide about 80% of the food and agricultural products consumed across the continent and generate millions of jobs and inclusive economic growth.

As a localized media group, on the AGRF, StarTimes proposed to facilitate the agricultural development in Africa through digital media. Zhang Junqi, the Vice GM to the Overseas Department of StarTimes Group and the CEO of NTV-STAR TV Network Ltd., addressed a speech and interacted with guests coming from all over the world.

Although digitalization is one of the main facilitating efforts for knowledge sharing, it is generally recognized that the lack of infrastructure contributes mostly to the low penetration of digitalization in Africa.

Chinese President Xi Jinping announced that China would implement satellite TV programs for 10 thousand African villages on December 4th, 2015 when he was delivering a keynote speech at the opening ceremony of the Johannesburg Summit of the Forum on China-Africa Cooperation.

The project, known as “Access to Satellite TV for 10,000 African Villages”, is among 10 major cooperation programs to boost cooperation between China and Africa, and constructed by StarTimes, which provides the rural area with a direct and effective method to obtain information from all over the world. The project is expected to be overall completed around the end of 2019 and then there will be 10112 villages been equipped with satellite TV.

“The CEO expressed confidence that the efforts of StarTimes would create access to digital terrestrial content in rural areas across Africa.” reported by Xinhua News about the speech of Zhang Junqin on AGRF.

Specifically, Zhang introduced the plan of dissemination: “It is StarTimes’ social obligation to make our platforms available for educational content popularization across Africa. That is the reason that StarTimes offered to broadcast agriculture-related videos from Bill & Melinda Gates Foundation (BMGF), Alliance for a Green Revolution in Africa (AGRA) and the relevant resources. These videos will be localized in each country and broadcast in local language by facilities of the ‘Access to satellite TV for 10,000 African Villages’ project. ” 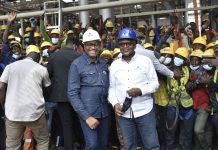