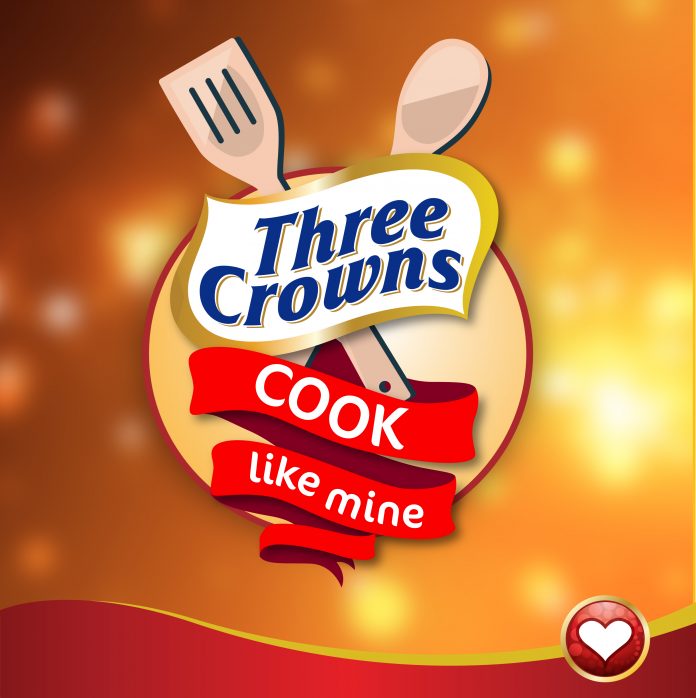 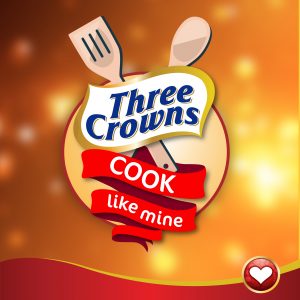 Nigeria’s leading low cholesterol milk brand – Three Crowns Milk from the stables of FrieslandCampinaWAMCO is set to reward its esteemed consumers with the introduction of the ‘Cook Like Mine’ competition which would run from the 9th of November till the 11th of December, 2015.
The ‘Cook Like Mine’ competition has been designed to run in two phases; first phase is via the online platform where consumers are asked to send in their recipe and a picture of a meal they have made with Three Crowns Milk to threecrownscompetitions@gmail.com, while the second phase (Offline Platform) involves a practical preparation of the meal where final winners would be selected and rewarded with fantastic prizes.
The first stage of the competition – entry phase would last for a period of three weeks running from the 9th of November to 27th of November, 2015. After which 5 lucky participants would be selected based on the creativity and presentation of the picture of the meal sent. The second phase of the competition which would take place on the 11th of December, 2015 would require the five participants to cook the actual meals they entered with at the Grand Finale.
Speaking on the competition, the Senior Brand Manager, Three Crowns Milk, Mrs. Maureen Ifada explained that the ‘Cook Like Mine’ competition is another platform in which the brand aims to engage and also appreciate its esteemed consumers for their continuous loyalty and patronage.
Ifada stated that the ‘Cook Like Mine’ competition would showcase the various ways Three Crowns Milk can be used in Healthy meals or as a key supplement for a dish. “For over 25 years, Three Crowns has consistently delivered good quality milk in the Nigerian market and is trusted by families, medical practitioners to help Nigerians stay fit and healthy through its use in tea, coffee, custard, cereals, fruits and all kinds of dishes that can be prepared with milk” she said.
She further stated that the winners of the competition would be judged based on some key criteria such as ingenuity, creativity and quality presentation by a select panel of judges; the Three Crowns Mum of the Year 2015 – Mrs. Olamide Olaleye; Tolu Erogbogbo popularly known as Chef Eros, owner of well-known restaurants such as Bay Lounge, Beehive & Cookie jar Bakery; and Uzo Orimalade, owner of Cupcake Couture, Lagos.
Ifada revealed that the winner of the competition would be going home with a Side-by-Side Double Door Refrigerator, the first runner up would win a Chest Freezer, second runner up wins a Washing Machine and the third & fourth runners up would be rewarded with a Microwaves Oven each

Goldberg brings Olamide to Ikeja for the Easter