Union Bank of Nigeria Plc (Union Bank) has appointed Mr. Cyril Odu as Chairman of the Board of Directors following the resignation of previous Chairman, Senator Udoma Udo Udoma, who was recently appointed Minister of Budget and National Planning by President Muhammadu Buhari. Mr. Odu joined the Board of Union Bank in 2012 following a $500 million (USD) investment in the Bank from Union Global Partners Limited, a private equity consortium.
“The Board and Management of Union Bank thank Senator Udoma for his astute leadership and support over the past three years. Under Senator Udoma’s guidance, the Bank defined its strategic direction, outlined its transformation roadmap, and has made significant strides executing its priorities as is evident in our achievement of critical operational and financial milestones. We wish him success as he is called to serve our country in a higher capacity and to assist the administration of President Muhammadu Buhari in the transformation of the Nigerian economy,” says Emeka Emuwa, Group Managing Director and CEO of Union Bank.
On the appointment of Mr. Odu, Mr. Emuwa continues, “We are very pleased as Mr. Cyril Odu assumes the role of Chairman of the Board of Directors. As a non-Executive Director since 2012, he has brought his extensive knowledge and experience to bear and has provided critical input and direction to support Union Bank’s transformation. His appointment brings continuity and ensures that the Bank will continue to execute its defined strategic initiatives over the next few years.”
Mr. Odu has nearly 45 years of professional and management experience. His 40-year distinguished career at ExxonMobil saw him rise from Trainee to Vice Chairman of the Board of Mobil Producing Nigeria and Chief Financial Officer of ExxonMobil Upstream Companies in Nigeria, making him the highest ranking Nigerian in the organisation until his retirement in 2012. During the span of his career at ExxonMobil, he served in many technical and managerial functions including Associate Geologist, Treasurer, Controller, Project Finance Director (Europe, Middle East and Africa), Country HR Manager, and General Manager, Planning and New Business Development. He was actively involved in developing and executing ExxonMobil business strategies in Nigeria, as well in as the implementation of several innovative funding and financing solutions, including the first upstream financing deal (the 1991 Oso Condensate field development) in Nigerian history.
In 2008, he served on a presidential committee tasked with accelerating the expansion of Nigeria’s power infrastructure. After his retirement from Exxon Mobil in 2012, Mr. Odu joined African Capital Alliance where he became a Partner and led the energy division of the firm. He serves as a non-executive director on other corporate boards including Income Electrix and Venture Gardens Group.
Prior to his appointment as Chairman of Union Bank, Mr. Odu was the Chairman of the Bank’s Risk Management Committee and also served on the Finance and General Purpose Committee and Credit Committee.
Mr. Odu holds a Bachelor’s degree in Geology from the University of Ibadan, where he graduated with honours. He also has an MBA from Texas Southern University in Houston, Texas. 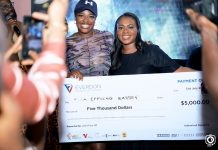 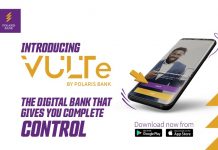 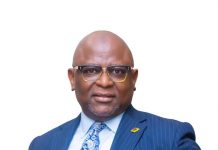