The members of Experiential Marketers’ Association of Nigeria (EXMAN) have maintained a hard stance over the issue of pitch free and said; members would no longer take briefs from organisations that refuse to pay them N.5 million as pitch fee.

According to the association, this N.5million pitch fee should be paid to agencies that were unsuccessful at the pitch exercise. The position was taken at the 2020 Experiential Marketing Conference tagged innovation and collaboration in Lagos.

The association at its annual general meeting in a resolution said, rejection fee be paid to its members after attending a pitch, considering the level of research, creativity and funding that goes into the ideas presented to clients.

Some members believed that some organisations used some of the ideas presented at a pitch without giving them credit or paying for it.

EXMAN President, Tade Adekunle said “When you invite 17 or 18 agencies to come and pitch for a business they will only take one or two agencies and thereafter you will start seeing some of the ideas that some of the rejected agencies have given. Also, when agencies go for pitch they incur cost on research, creatives and others.

“So, the association has decided that clients can ask for the profile of the various agencies, and then they can say this agency is good enough to work for us instead of calling 20 agencies to come and pitch.”

Adekunle stated further that the association has come up with the resolution that “If you are inviting any EXMAN member to come and pitch be ready to pay rejection fee of N500, 000 for those not picked”

He explained further that if organisations write back that they can’t pay rejection fee, no EXMAN member would partake in such pitch, stating that “If corporate organisations champion corporate governance, then it will be unethical to ask agencies to wave rejection fee.”

He added that member must have informed the association secretariat that they are invited for a pitch and EXMAN would write the client who must have agreed to pay the fee before embarking in the pitch process.

However, he stated that members cannot say they don’t want the rejection fee from client, if such happens they would have to face disciplinary committee.  “For our members, the resolution taken here today, you can’t wave that right and say I would not collect rejection fee. The association is saying you cannot wave that right. If you don’t collect it you will face the disciplinary committee of EXMAN,” he revealed. 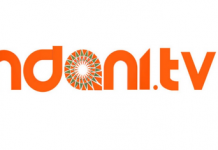 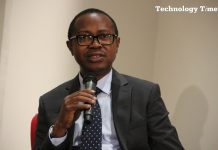