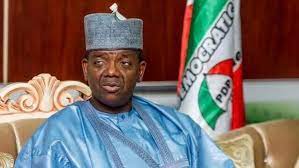 The other media organizations shut down by the government included Gamji TV, Gamji FM, and Al-umma TV which are privately operated.

The Government, in a statement by the state Commissioner for Information, Alhaji Ibrahim Dosara, alleged that the affected media violated its Executive Order No.10 and abused journalism practice.

Dr Abdullahi Shinkafi, a chieftain of the All Progressives Congress (APC) and Chairman of Zamfara State Committee on Prosecution of Banditry and Related Offences, however, handed an apology to the Media while addressing a press conference in Gusau on Monday.

Shinkafi said the government was angered by the alleged violation of Executive Order No.10, 2022, which came into effect on Oct. 13.

The government, in the Order, banned all forms of political rallies and meetings in the state due to security concerns, suspended all political activities in the state, and totally shut down Anka, Bukuyum, and Gummi Local government areas’ roads and other affected towns and villages affected by order No 10, 2022.

Part of the order reads: “In the exercise of the powers conferred on me by section 5(2), 176(2) and 315 (2) of the Constitution of the Federal Republic of Nigeria 1999(as amended) and all other powers enabling me in that behalf, I honourable Dr Bello Muhammad (Matawallen Maradun) MON, Executive Governor, Zamfara State, following the recent spate of attacks and killing of some innocent souls in some communities across some local government areas of the state, particularly Gusau, Tsafe, Gummi, Bukuyum, Anka Bungudu, Maru, Maradun and Laura Namoda, the resurgence of some activities of banditry, recent cases of kidnapping in their communities and some major federal high ways in the state.

“And in an effort to curtail the menace of Armed banditry and other related crimes in the state as well as the need to widen the scope of measures taken by the Government so as to strengthen the fight against banditry and other forms of social vices in the state, do hereby issue the following Restrictions Orders;
“The Order may be cited as Restriction of movement and banning of all political activities Order No. 10, 2022 and shall come into operation on the 13th Day of Oct. 2022;

“From the commencement of this Order:

“All political activities in the state have been suspended until when the security of the state improves.;
“Political meetings and gathering at individuals’ residents are also banned with immediate effect;

“All movements are henceforth restricted in the mentioned local government areas and towns;
“Danjibga, Kunchin Kalgo and Bagega Markets are hereby closed until when the security of the affected areas is restored;
“All security agencies are hereby directed to arrest anybody found violating the restriction order.
“Mobile courts are hereby established to deal with violators of this Order.”

Shinkafi said that the affected media organizations violated the Order by covering an alleged “illegal political activity” of the Governorship candidate of the People’s Democratic party (PDP), Dr Dauda Lawal-Dare, in Gusau on Saturday.

He said the “illegal political gathering” led to a security breach by some youths of the two political parties, saying “The police had confirmed that one man was shot dead and 18 others injured during the event.”

Shinkafi said that the government’s action of shutting down the media houses attracted unprecedented reactions and criticisms from various organizations and agencies.

The broadcast media regulators, the Nigerian Broadcasting Commission (NBC), Broadcasting Organization of Nigeria (BON), the Nigeria Union of Journalists (NUJ), and the International Press Institute (IPI), among others, condemned the government for its action and called for immediate reversal.

The APC chieftain, however, insisted that Gov. Matawalle’s action was guided by the powers vested in him as enshrined in relevant sections of the Constitution of the Federal Republic.

According to him, the government has since withdrawn the order given to the Commissioner of Police to arrest and prosecute personnel seen around the affected media organizations.

Shinkafi said the government has also withdrawn the security forces deployed to the Media houses to allow the personnel resumes their work.

He urged the Media organizations and all Journalists to respect the state laws and support the government in its effort to tackle banditry and kidnapping in parts of the state. 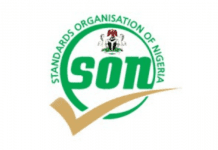