In their new roles, Ibrahim and Dosunmu will ensure growth indices are sustained across all channels and will be responsible for implementing the right strategy to grow Airtel’s revenue market share within their regions. They will also leverage on their distribution expertise to drive deeper penetration in their assigned regions while ensuring sustainable growth through enhanced territory development. 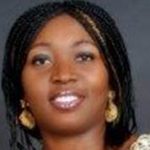 Oladokun Oye, former Regional Operations Director (Lagos Region) has been drafted to the Headquarters to head Airtel’s Direct Sales Directorate and tasked with not only driving and improving customer experience and profitability of this business segment but also grow and develop new direct sales channels.

Chief Executive Officer and Managing Director, Airtel Nigeria, Segun Ogunsanya, extended warm felicitations to all for the new opportunity, noting that the reorganization which isin line with Airtel’s organizational commitment to continually provide opportunities for its internal talents would also help the company consolidate on its gains in the market. 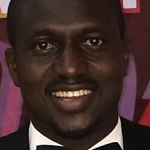 Prior to his appointment as Regional Operations Director (North Region) Muhammad Bashir Ibrahim was Zonal Business Manager (North Midland) where he was instrumental to managing Airtel’s presence in the war-torn regions of the North East. Ibrahim is a 1997 Mechanical/Production Engineering graduate of Abubakar Tafawa Balewa University and has close to two decade experience across multiple sectors and geographies.

Olusina Adegoke has over 21 years of Sales Management and Leadership experience across the Telecommunications, Finance, FMCG and Pharmaceutical industries. Prior to joining Airtel, he worked at Etisalat Nigeria Limited as the Head of Region (South West) between 2013 – 2015. He has also held different leadership roles in Coca-Cola and May & Baker Plc.He holds a Bachelor of Pharmacy degree from Obafemi Awolowo University and MBA (Marketing) from the same university. 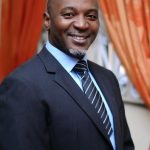