Can’t Pay Charges is a fitting description of the development at the Lagos office of the Consumer Protection Council (CPC), a government parastatal with sole responsibility of providing speedy redress to consumers’ complaints through negation, mediation and conciliation.
The agency inability to remit its 2 years rent totaling N6million has drawn an eviction order from the Landlord and a court case.
The property located at 18, Ilupeju By-pass in Lagos had been CPC Lagos office for the past 10 years. But the CPC, for the periods of 2 years has failed to pay rent, which led to the landlord dragging it before the Federal High Court, Lagos Island.
It is gathered that the inability to settle to rent is as a result of the fact CPC headquarters is broke. Meanwhile rather than finding ways to settle the outstanding, Abuja is said to have encouraged Lagos to look for a new accommodation.
CPC that recently raided MultiChoice Nigeria office in Victoria Island over consumers’ complaint, which resulted in a hitch during a scheduled meeting between MultiChoice has been accused of violating consumer’s right by not remitting the rent to the owner of the property. 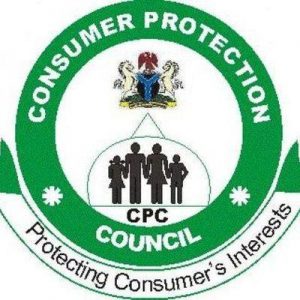 It would be recalled that the regulatory authority has had issues with several other companies such as Coca-Cola Nigeria, Seven Up, and Unilever Nigeria among others.
In a recent visit of CPC to the Advertising Practitioners Council of Nigeria, the director general of the parastatal, Mrs. Dupe Atoki decried paucity of funds and the government neglect. She said “the agency is practically run nothing and government is not ready to help.”
Why Abuja is so broke? Another source said that the parastatal subvention has not been remitted in the past 18 months hence the agency living from hand to mouth. “Most times there are no fund to even buy fuel to the director general’s vehicle. Salary is no a go area,” he said.
The CPC situation is so bad that it can’t afford a lawyer to represent it at the court. “We are fed up, Abuja doesn’t help issues instead of them to pay the landlord who is willing to collect his rent we are advised to look for new property. Where we will get the money to pay, I don’t know,” he quipped.
Responding to 789marketing query, Ondaje Ijagun, Principal Public Relations of CPC said, he is not aware of the situation but he will enquire from the administration department of the agency. However he never got back as at the time of the report.
Apprehension is heightened that CPC may be homeless should the court verdict favours the landlord, a development that is imminent.
Stakeholders are of the view that the parastatal predicament would be over immediately the ministers are sworn in since these parastatals are under ministries. It is however pertinent to ask if agency of government should abdicate its function because ministers are appointed. 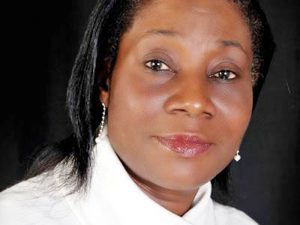 There has been speculations that lack fund and government apparent lack of attention has driven the hitherto docile agency to streets in order to sustain itself through fines in sanctions. A position CPC has strongly rebutted.
CPC’s main functions include: Seeking ways and means of removing from the markets hazardous products and causing offenders to replace such products with safer and more appropriate alternatives; publishing from time to time list of products whose consumption and sale have been banned, withdrawn, severally restricted or not approved by the Federal Government and causing an offending company, firm, trade association or individual to protect, compensate, provide relief and safeguards to injured consumers or communities from adverse effects of technologies that are inherently harmful, injurious, violent or highly hazardous.
Others are organising and undertaking campaigns and other forms of activities that will lead to increased public consumer awareness, encouraging trade, industry and professional associations to develop and enforce in their various fields, quality standards designed to safeguard the interest of consumers and issuing guidelines to manufacturers, importers, dealers and wholesalers in relation to their obligation under the CPC enabling law.
CPC is known for chasing erring manufacturers and service providers but it seems that the hunter is being hounded.

“Boomerang Havas Africa emerged one of the best 100 IMC in the world...

Etisalat engages with subscribers in Kwara State at customer forum