Nigeria’s favourite fruit flavoured soft drink, Fanta, has taken its communication campaign a notch higher with the launch of a new “Play It Better” campaign.
The new campaign which kicks off in February, is scheduled to run for an 11-month period on multiple media platforms – television, radio, out of home, digital and print. The campaign will feature different television ads, cinema materials, out-of-home executions and radio ads rendered in the five major Nigerian languages – English, Hausa, Igbo, Yoruba, and Pidgin. Beyond traditional media, the Fanta brand will also connect with consumers nationwide through its digital and social media platforms and experiential sampling activations.
Speaking at the media launch in Lagos, Marketing Director, Coca-Cola Nigeria Limited, Patricia Jemibewon, said, “The key attributes of the Fanta brand are Play, Fun and Excitement. Our new campaign brings these attributes to life in a unique way and connects even better with Fanta consumers.” 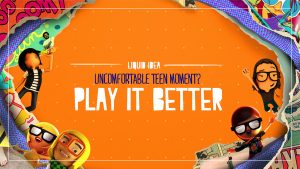 She added “The new campaign prominently features the well-known Fanta characters, who are now aged up and in their teens. In the different executions of the campaign, we see their playful, fun personalities come through as they navigate through typical teen tension moments. You will also observe that they always take advantage of opportunities to engage in their fun interests anytime they meet up with their friends.”
According to the Fanta brand team, the new Fanta “Play It Better” campaign commenced on multiple media platforms across the country on February 15, and is scheduled to run till the end of 2016.

Microsoft Nigeria and The Future Project to host Demo Day...