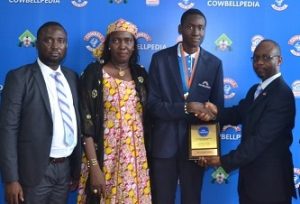 Peter Oyewole Omitola a Mathematics teacher in Adeyemi Demonstration Secondary School, Ondo, Ondo State has given a new insight into the secrets of the success of his ward, Ayodeji Akinkuowo, at the just-concluded Cowbellpedia Mathematics competition.
Akinkuowo, nicknamed “Professor”, beat five other finalists in the Senior Secondary School category in the finals of the competition which was held last weekend in Lagos.
Omitola, from Oyo State traced the phobia of students for Mathematics to the language and dressing of teachers of the subject.” In those days, Mathematics teachers looked so scary, sometimes with busy hair and beard, all to create a myth of difficulty around the subject. And then you see students jumping out of the classrooms through the windows, whenever a Maths teacher enters,” he said.
Things, he maintained, have changed for the better today, as Mathematics teachers now move closer to their students and in the process, convince them that the subject is not as difficult as they believe. “I am very close to my students and I used everything around me to illustrate the subject. For instance, I have tribal marks on my face, but I use the marks to teach them parallel lines. They move closer to me and even touch it and feel it,” he explained
Omitola revealed that his methods have worked as students in his schools are developing more interests in Mathematics and the phobia is fading away. 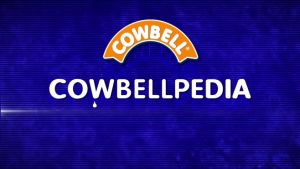 And when Akinkuowo emerged winners at the weekend, Omitola, who was earlier beaten by his former student in the teachers’ category, was full of joy as he became the cynosure of all eyes. He beamed and poised before camera with Akinkuowo and her mother, who accompanied the lad to Lagos. Omitola was full of praises for Promasidor Nigeria Limited for the novel idea and prayed for more grace for the company to continue the noble deed.
Out of the 34,000 students that started the Mathematics competition in February this year, only 12 made it to the finals. There were six finalists in the senior secondary school category and six finalists in the junior secondary school category.
Those who qualified in the senior category are Joshua Mokut (Emilis Academy, Calabar); Inibehe Otoho (Topfaith International Secondary School, Mkpatak); Titilayo Adewale-Fasoro (Hallmark Secondary School, Itanla, Ondo State); Mariam Sanni (Ota Total Academy, Otta); Ayomide Kamaldeen (Loyola Jesuit College, Abuja); and Ayodeji Akinkuowo (Adeyemi Demonstration Secondary School, Ondo)

History and lifetime channels to remain on DStv