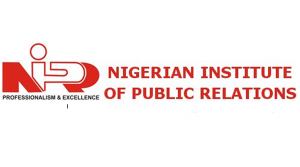 The much anticipated Lagos State Chapter of the Nigerian Institute of Public Relations (NIPR), which supposed to hold tomorrow Thursday 25 February 2016 has been rescheduled to March 10, 2016.
The 2 weeks postponed however come as a surprise to industry stakeholders as everything was said to have ready for the epoch making event.
The election is keenly contested by Joseph Okonmah, whose second term election was annulled in July 2015 by the national body, Olusegun McMedal, The Chief Reputation Strategist of Upticomm, who was the Chairman, Annual General Committee (AGM) in 2015 and Rev, Olushola Niyi, the immediate past Caretaker Chairman.
the reason for the postponement was not disclosed however, a senior practitioner and an elder in NIPR who spoke with 789Marketing on the condition of anonymity said that “the election is postponed because the President of NIPR, Dr. Rotimi Oladele is not in town and the moment.”
Source said the President is very interested in who emerged the chairman of the Chapter since that the chapter that produce him as the President”
It would be recalled that the President was far away in the 2015 budged poll hence his desire and that of the council to annual the election as a result of infraction.
The reschedule poll will hold at the HOCAL suites of the Nigerian Institute of Medical Research, Yaba on March 10.