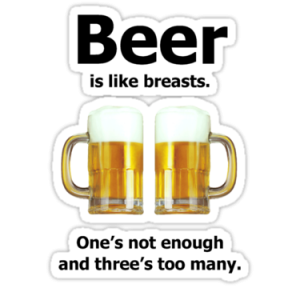 A nutritionist and food technology expert, Mrs. Dolapo Coker has submitted that a moderate intake of beer can positively impact the health and well being of women. Coker, a fellow of the Nigerian Institute of Food Science and Technology, FNIFST also warned that alcohol abuse impacts the health of the woman through the direct interaction of alcohol with organ systems such as the brain, liver and gastro intestinal system, when the alcohol is ingested and transported through the blood.
Coker, who made this submission at the Beer and Lifestyle Symposium organised by Nigerian Breweries PLC in Lagos last Tuesday, explained that in the health/lifestyle hierarchy needs, special attention should be given to women because they are classified “as belonging to the risk group where micronutrients shortages are most likely to occur during their different stages of development.”
“Although the man is the ‘head’ of the house, the woman is the ‘captain of the home’. She is in charge of everybody’s healthy living. Even if taken in small amounts, the effect of alcohol on women is more than on men. Women are more sensitive to alcohol. Alcohol dehydrogenase is a metabolising enzyme that helps the body to get alcohol out of the system. Women have less of this enzyme than men, so more of what women drink enters the blood stream as pure alcohol”, she said.
Coker added that beer is an alcoholic beverage, but it can be classified as food, because of its nutrient value. She listed the nutrients to include: carbohydrates, like dextrins and polysaccharides; proteins in the form of amino acids; load of vitamins like the B vitamins, vitamin C, folic acid etc; minerals like magnesium, potassium, silicon, selenium etc; it contains fibre like betaglucans etc.
She emphasised that women in particular are worried about their looks, and that beer has got a lot to do with that.
Coker revealed that Ancient Romans used beer baths to sweat out toxins, exfoliate their skin and infuse the body with vitamins. This, she said, led to a clearer skin and an improved immune system.
“Beer Spas are pretty popular in Europe. The Spas claim to fight against Acne. Most beers are made from ingredients that are rich in selenium, iron, magnesium, zinc and 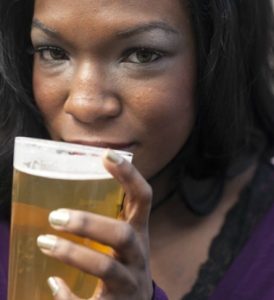 some B vitamins. Beer is also known to have antibacterial properties that protect against infections within your stomach. It is believed that if it is so good for your inside, surely it can be just as good for your outside, “ she noted.
According to her, from loads of research and studies on the effect of beer on the wellbeing of women, moderate drinking of beer is recommended. She also listed the following are health benefits of beer for women:
Beer can increase vitamin B levels, as it contains vitamins B1, B2, B6 and B12. A Dutch study found that beer drinkers had 30% higher levels of vitamin B6 than their non-drinkers, and twice as much as those of wine drinkers. Beer is also a generous source of B12, an anti-anaemic factor not found in many foods;
The fibre in beer helps to reduce your LDL cholesterol (low density lipoprotein) which is called the “bad cholesterol”. LDL collects in the walls of blood vessels causing the blockages of atherosclerosis which leads to heart attack;
Beer aids digestion, as the soluble fibre from the cell walls of barley in it, protects you from intestinal disorders like constipation and diarrhoea. Dark beer in particular contains up to one gram of soluble fibre in each 30cl glass, unlike wine which does not contain any fibre at all;
Beer contains flavonoids which have preventive effect against hormone-caused cancers, such as breast and uterine cancers;
Certain vitamins in beer can regenerate the skin. This makes the skin smoother, suppler and more beautiful. 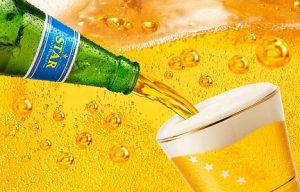 Also speaking at the symposium, Dr. Henk Hendricks, a biologist and a project leader in the Institute for Food and Nutrition in The Netherlands explained that moderation level of beer consumption is beneficial to cardiovascular health.
According to Hendricks, some of the inherent advantages of beer include: Low percentage of alcohol; large quantities of water; its role in rehydration; a good source of minerals; a good source of polyphenolic antioxidants; contains anti-inflammatory xanthohumoles; and a large variety of raw materials, including gluten-free’ Rich in fibers.
In his welcome address, the Managing Director of Nigerian Breweries, Mr. Nicholaas Vervelde noted Even though beer has been with us for thousands of years, the appreciation of its unique benefits are only beginning to grow. “The knowledge about the benefits of moderate consumption of beer is multiplying every day with so many empirical research findings from all over the world,” he said.

October 30, 2020
In its bid to curb cross-border consumer fraud and ensure adequate consumer protection in Nigeria, the Federal Competition...

October 30, 2020
Names of high profile companies in financial and investment sectors have emerged as winners of 2020 Africa Finance...

October 30, 2020
Hope PSBank, Nigeria’s premier Digital-first Bank and a subsidiary of Unified Payments has and announced key appointments for...

October 28, 2020
Some key stakeholders within the integrated marketing communications, (imc) industry, media and public relations, have come down hard...