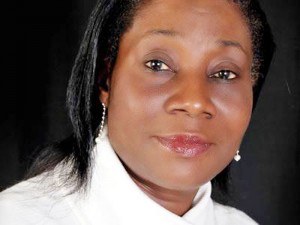 The Consumer Protection Council (CPC) during the World Consumer Rights Day cleberation on March 15, 2016 drew the attention of the nation to the rising incidence of antibiotics’ resistance, attributing the development to the cause of many medical treatment failures.
The Council, which joined the international community in raising concerns on the growing cases of antibiotics resistance globally as part of 2016 World consumer Rights Day celebration, emphasised that concerted efforts must be deployed to reverse the trend in the country.
CPC’s Director General, Dupe Atoki, who made the assertion while addressing the media as part of the activities lined up to commemorate the Day at the Council’s headquarters in Abuja, also seized the opportunity to underline the Council’s commitment towards raising the bar of consumer protection in the country.
According to Atoki, antibiotics resistance “is currently very rampant” in the country, stressing that it “has led to mass failure of medical interventions such as organ transplant, surgeries and other forms of treatment that require follow up actions with antibiotics to ensure full recovery of patients”.
“It has equally led to needless deaths and caused huge embarrassment to health professionals in the country.
“In Nigeria, the menace of fake, adulterated, counterfeit or sub-standard drugs, noncompliance with dosage as prescribed by medical practitioners, self- medication, and unnecessary prescription of antibiotics have been largely implicated in antibiotics resistance in the country”, she added.
The CPC boss therefore counseled consumers against self-medication and mis-use of antibiotics as these could lead to resistance, stressing that “if drugs are misused and become worthless, the consumer does not only lose money, but his health and safety will also be jeopardised, while the national interest suffers.
“The correlation between antibiotic resistance and consumer protection is not far-fetched. Antibiotic resistance impedes the consumer’s right to health and safety, which the Consumer Protection Council Act aims to protect, among others” she stated.
While disclosing efforts being made by the Council to enlighten consumers on the problem, Atoki stated that the Council would use the next 12 months to carry out advocacy campaigns on proper use of antibiotics by consumers just as a week-long activities, including road shows and a Stakeholders’ Workshop, have been lined up to awaken the consciousness of Nigerians on the dangers of misuse of antibiotics, expressing the hope that the scheduled activities would awaken consumers to the reality of the problem and bring about modification of lifestyles, practices and habits responsible for the menace.

The death of an agency man (Part 1)