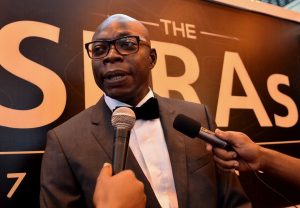 After almost eleven months of preparations, all looks set for the grand finale of the ninth edition of The SERAs-Nigeria’s CSR awards which holds on November 20th, 2015 at the prestigious Shell Hall, MUSON Centre, Onikan, Lagos at 6pm.
Out of the 47 organisations that submitted entries for this year’s awards, those who made it to the finals include – ExxonMobil, Shell, Nigerian Breweries, Lafarge, BAT, Airtel, Nigerian Stock Exchange, Cornerstone Insurance, GTBank, Total Nigeria, Promasidor, DHL, FCMB, First Bank, Dangote, Etisalat, Samsung Mobile, Protection Plus amongst others.
The theme for the 2015 SERAs is ‘Building Partnerships for a Sustainable Future: Business Leadership as a Catalyst for Development.
International Business mogul, famed entrepreneur and one of the world’s richest men Alhaji Aliko Dangote who is the Chairman of Dangote Group, would receive The CSR & Sustainability Man of the Year award.
Also to be honoured are Senator Ben Ayade, the executive governor of Cross River State and Senator Ben Murray-Bruce who represents Bayelsa East senatorial district in the 8th Nigerian Senate. Both men would receive the ‘Sustainability Champions’ award. This award category was introduced in 2012 to recognize the work of key influencers and promoters of CSR and sustainability in Nigeria.
Co-founder of Transparency International, former minister for education, and former vice president of the World Bank (Africa), Obiageli Ezekwesili, would deliver the keynote address.
Winners of the twenty categories of the awards would be taking home the SERAs statuette designed and made by world-renowned R.S. Owens, the makers of the OSCARS and Globe awards statuettes. The evening will also see the unveiling of the overall winner and Nigeria’s most responsible company.
Organisers of the awards seem to have also upped the ante as the trio of Ire the stage Devi, Edi Zycs (the new poster boy for jazz music in Nigeria) and the inimitable Yinka Davies will entertain guests at the event.
The awards are Nigeria’s top CSR and sustainability honours. The awards process is designed to integrate principles and framework of the Global compact, global reporting Initiative, the sustainable development goals and ISO 26000.
To date, the SERAs, which began in 2007, has registered more than 569 applications from 92 organisations and from 13 different sectors of the Nigerian economy.

FirstBank leads other brands to bankroll ‘The Voice Nigeria’

Transcorp Plc rises to a Top 500 company in Africa