The food.ndtv.com published a discovery by the BBC’s Rip Off Britain, which has found faeces infested bacteria on the KFC ice that was served to an undercover researcher at a restaurant in the UK.. 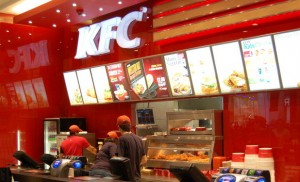 The discovery was made by the programme, which investigated food hygiene at branches of several big-name takeaways and coffee shops.

KFC and MacDonald have continued to compete outside their the US market into Europe, Asia, Middle East, South America and Africa.

The fallout of the discovery may play an adverse effect on the KFC brand in Nigeria. However investigations have revealed that the brand has concluded plans to roll out communications to counter the claim particularly in Nigeria.

789marketing also learnt that National Agency for Food, Drugs Administration and Control (NAFDAC) may be swung as a result of the incident in the UK by demanding proper checks from the entire quick service restaurant in Nigeria particularly Lagos, Abuja and Port Harcourt. 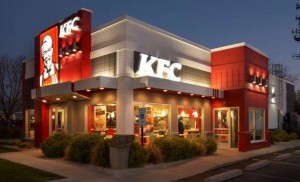 According to consumer, who pleaded anonymity, the incident may not affect the Nigeria arm because they (Nigeria and Britain) may not have been exchanging products. However, the human instinct may cause a rethink, he said.

Though the KFC Nigeria is yet to release official statement on the matter but when 789marketing sought their view, a staff who did not want his name in print said “We are aware of the development but we are not bothered so much because it happens in another market and we do not do exchange of products.”

A scientist who examined the results told the programme the presence of the bacteria increased the risk of anyone who consumed the ice becoming ill.

KFC said it was extremely disappointed and had launched an investigation.

How can you tell the restaurant you’re eating in is clean?

She told the programme: “We found high levels of bacteria in the ice. 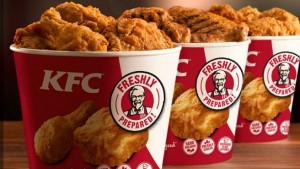 “The presence of faecal coliform suggests that there’s faecal contamination either on the water that made the ice, or the ice itself, and so it increases the risk of getting sick from consuming this ice.”

Undercover researchers visited a branch of Costa in Loughborough, the Chicken Cottage in Hampstead, a Café Nero in Bath and the Wimpy in Basildon, as well as the KFC at Martineau Place in Birmingham.

At each location, Rip Off Britain said its researchers asked for a cup of tap water with ice, as this can be a good indicator of standards behind the scenes.

Most of the samples that were taken turned up low and harmless levels of bacteria when tested, Rip Off Britain said.

Dr Escalada said: “It’s really hard to say how the faecal bacteria got to the ice that we tested. The thing I think is most likely is that it got there through manipulation. So someone touched the ice and their hands weren’t particularly clean.”

The programme said that the KFC in question had temporarily closed for a deep clean following a zero hygiene rating only weeks before the sample was taken.

Angela Rippon, who co-presents Rip Off Britain said: “When we reported this to KFC they were horrified. They literally leapt to action and they got the Food Standards Agency back.

African kids thrive at polylingual camp on the Black Sea

With Pointek’s phone theft Insurance, you will never worry about a stolen phone anymore