As the Nigerian advertising industry rolled out the drums again at the glamorously celebrated Lions Night Nigeria to appreciate creativity and celebrate the future of advertising, winners have emerged for the Miami Ad School Scholarship Competition, the Young Lions Competition as well as the Roger Hatchuel Academy Nigeria awards, carting away trophies, commendation and scholarships. The event, organized by Chini Productions, the official representative of Cannes Lions in Nigeria, which was held on 9th of April 2016, had in attendance, many high flyers in the Nigerian advertising industry, including the Registrar of Advertising Practitioners Council of Nigeria (APCON), Alhaji Garba Bello Kankarofi, who could not hold back the excitement as he congratulated the awardees.

Apparently, the winner of the 2016 Roger Hatchuel Academy Competition, Miss Chiamaka Obunadike will now represent Nigeria in the high profile Roger Hatchuel Academy class organized for international students during the Cannes Lions International Advertising Festival with an all-expense paid trip to Cannes, France, the venue of the festival  courtesy of the Advertising Practitioners Council of Nigeria (APCON), likewise,  first runner up , Maryann Okonkwo will represent Nigeria in  the next edition of the Dubai Lynx Festival.

The Young Lions Competition winners were also announced.  For Young Lions Media Competition, the winners are Cynthia Isilola and Emmanuel Otegbayo from MediaReach OMD. Contestants from DDB Lagos, Okwuchi Opara and Vanessa Iloenyosi got the prize for Young Lions Design Competition. Setting new standards, Insight Communications’ Emeka Ezeagu and Adefolaju Tella won in the print category, the same agency took the trophy for cyber and film categories as Adekunle Koledoye and Azad Abdullahi as well as Jephthah Nwabuisi and Samuel Olorundare came out tops in both categories respectively. These winners will represent Nigeria in the 2016 Young Lions Competition that will hold during the Cannes Lions Festival in Cannes, France. 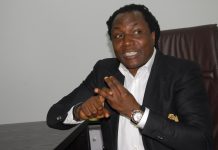 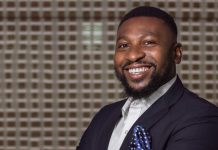 Carrot.ng celebrates workers, advises them on ‘Will’ writing 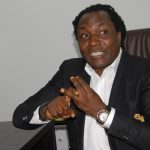 September 29, 2020
The President of Association of Advertising Agencies of Nigeria, (AAAN) and CEO / Chief Creative Officer at X3M... 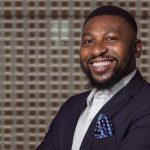 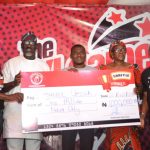 September 27, 2020
A Lagos based young entrepreneur, Emmanuel Umoga, has emerged the first N1million grand prize winner at the inaugural... 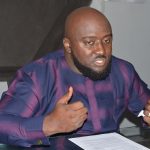 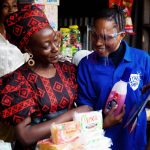