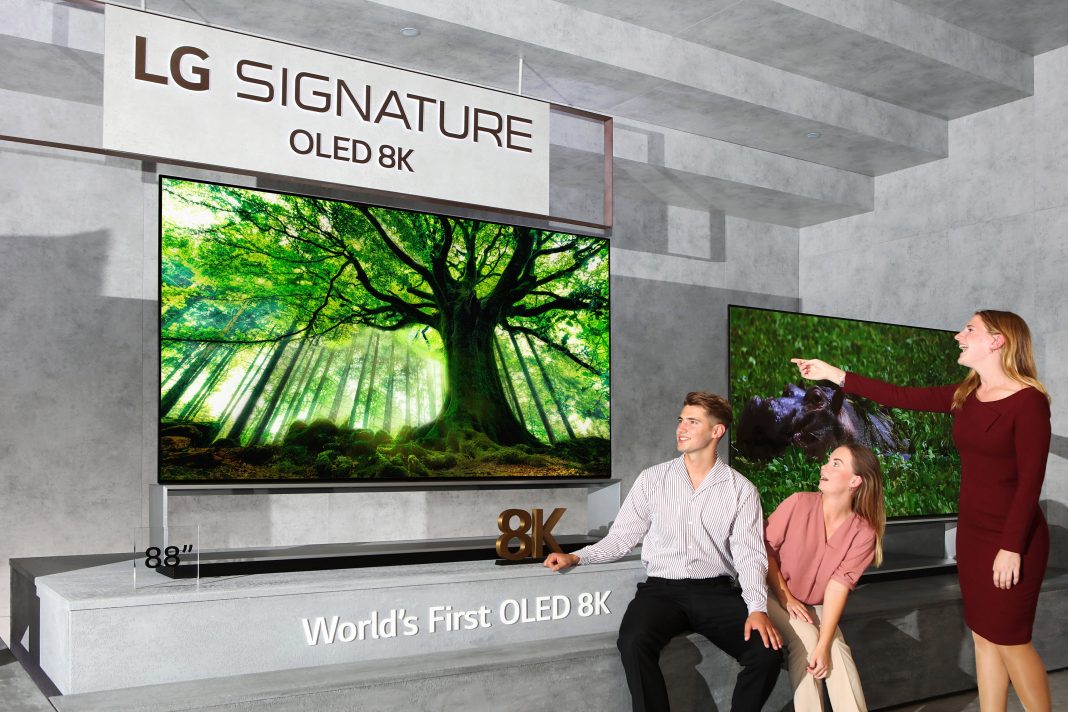 The triumphant return of major sporting activities across countries, after several months of lockdown came as a big relief to all anxious sport lovers, who have had to face the unpleasant reality the cancellation caused.

Korean baseball was the first to return to action in June, followed by the English Premier League (EPL), Spain’s La Liga, Brazil and Mexico’s top football leagues, among others that followed suit.

Upon the return of the games, one thing that was so conspicuous was the emptiness of stadiums. Though the development was considered as part of the ‘new normal’ but it is strange and unreal, creating a huge gap that needs to be filled in the mind of the fans. So what better way to recapture the excitement of a match than upgrading one’s living room setup? As you know, not all televisions are designed with sports in mind but definitely not LG TVs.

Through its innovations, LG Electronics, a global leader in consumer electronics has come to fill the vacuum, to prove a point through the LG OLED’s self-emitting pixels that empty stands don’t mean games have to be silent.

LG Electronics has proved beyond reasonable doubt that a larger TV will always do the job of watching action played across giant fields better, by displaying zoomed-out footage in amazing details, as the sporting events slowly makes their returns to the TV. Bigger displays also deliver wider viewing angles so family and friends can watch the big game together without huddling on the sofa, says the General Manager, Home Entertainment Division at LG Electronics West Africa, Mr. Vanjamin Kim.

“OLED delivers the widest viewing angles in the game, the 88-inch LG SIGNATURE OLED 8K TV is the pinnacle of home spectating, while its smaller 48-inch sibling delivers the same wide viewing angle to smaller rooms.

With LG OLED’s self-emitting pixels in 4K and 8K, viewers have the prospect of seeing every feature, down to each blade of grass, while decreasing motion blur and flickering as every pixel illuminates independently.

“For sports, gray uniformity is everything. Staring at the same color for hours means a TV must maintain a single block of color at a realistic brightness and without distracting dark patches. LG OLED TVs has continued to garner rave reviews for best-in-class uniformity,” Kim said.

It is interesting to note that sports lovers the world over were curiously awaiting the arrival of the 8K to the 2020 summer games before it was postponed. Even with the games delayed until 2021, LG OLED owners are assured of experiencing superior 8K via LG’s upscaling technology, which uses deep learning to deliver vivid and accurate 8K images to near perfection.

“It’s obvious a TV was designed with fans in mind. If it features Sports Alert notifications! New to LG TVs, users are updated on their team’s latest news and kick-off times, so not even a second of exciting play is missed. And with all the technology in today’s TVs, setting up a TV correctly for a big match would normally be a chore.

“However, with LG OLED TVs’ α9 Gen3 AI Processor, the TV does most of the hard work for you by cleverly detecting when you’re watching sports and then optimizing picture quality accordingly via Auto Genre Selection. Basketball and its fast-paced action can make motion blur and flickering more pronounced on a regular TV,” Kim said.

LG’s new OLED Motion Pro and TruMotion, on top of light-speed 120Hz response time, was made to ensure heightened image accuracy and precision for viewers to easily follow small objects, catching every basket, goal and score.

From the testimonies of owners, with the TVs, empty stands don’t mean that games have to be silent, because the LG’s TVs not only boast AI Sound Pro and up-mix game audio for realistic sport sounds, they’re also Bluetooth Surround Ready for easy connection with LG’s powerful XBOOM speakers or wide selection of sound bars.

Interestingly, LG products can be found behind the scenes of sports as well. For instance, the enormous displays located in Spanish giant Atléticode Madrid’s expansive Wanda Metropolitano Stadium, which give fans perfect, crystal-clear replays of every tackle and goal.

The brand’s unique tech also found its way to North London where Tottenham Hotspur’s match against Burnley was filmed in glorious 8K to capture super high-quality football footage and captivate customers watching the content play out on LG’s range of OLED and NanoCell 8K televisions.

Mr. Kim explained that LG OLED is even taking some sports virtual, with an all-new take on competitive racing. “Pro racing drivers are using OLED-powered simulators to compete in Australia’s BP Supercars All Stars Eseries, LG partnering with Kelly Racing to give their drivers the best chance to claim its inaugural title. Using LG OLED TVs, the impressive racing simulator achieves realistic racing experiences that every racer can easily relate to.

“Esports’ incredible rise to mainstream has young and old alike searching for the best gaming arsenal to gain the competitive edge online. And with next-generation game consoles due by the end of the year, the epic battle between PlayStation and Xbox fans is set to hit new heights.

Being the first TV in the world to be NVIDIA G-SYNC Compatible, graphics of these TVs are rendered perfectly, increasing players’ sense of immersion by adapting the TV’s refresh rate to the frame rate of the connected hardware. OLED preserves a game’s highest quality imagery with HDR settings; amazing black levels and superb contrast all without sacrificing crucial latency performance for games rewarding instant reactions like Call of Duty and Overwatch.

‘The most disruptive thing in the market is not technology, but...