The Togolese Government has described Dangote Group as a great partner in Africa’s industrial and economic development. Prime Minister of Togo, Victoire Tomegah-Dogbe who visited Dangote Cement Pavilion at the ongoing 17th Lomé International Trade Fair said that the cement company is welcome to increase its investment in the country.

Tomegah-Dogbe who toured the stand in the company of the Minister of Commerce, Industry and Local Consumption, Kodzo Adedze praised the management of Dangote Cement for investing in Togo and helping to provide both direct and indirect jobs to the citizens.

In his remarks, Kodzo Adedze appreciated the peace and tranquillity in the country saying that the economic revival would not be possible without an environment of peace and security. He said that it is the desire of the Togolese government to build a peaceful and model nation with an inclusive and sustainable economic growth.

He said the fair is “the perfect opportunity to allow our small and medium-sized enterprises, which have just been given a new charter, to do good business at the end of the year.”

Nigerian Ambassador to Togo, Adedowale Adesina speaking at the event said Dangote Cement products are of high quality and well accepted in Togo. He called on Dangote Group to increase its investment in the country by taking advantage of the phosphate in Togo to establish a fertilizer plant. He added that the project if realised will foster employment, increase standard of living, and will further cement the good relationship existing between the two .

The officials were introduced to the four different products of Dangote Cement by representatives of the company. Dangote 3X is prevalent in the Togolese market while Blockmaster and Falcon are recently launched. They used the occasion to enlighten the public officials on the different grades of cement and their various uses. Officials of Dangote Cement explained that their main objective is to make sure that each Togolese has a roof over their head at a very affordable price.

Dangote Cement is Africa’s leading cement producer with nearly 51.6Mta capacity across Africa. A fully integrated quarry-to-customer producer, we have a production capacity of 35.25Mta in our home market, Nigeria. Our Obajana plant in Kogi state, Nigeria, is the largest in Africa with 16.25Mta of capacity across five lines; our Ibese plant in Ogun State has four cement lines with a combined installed capacity of 12Mta; our Gboko plant in Benue state has 4Mta; and our Okpella plant in Edo state has 3Mta. Through our recent investments, Dangote Cement has eliminated Nigeria’s dependence on imported cement and has transformed the nation into an exporter of cement serving neighbouring countries. 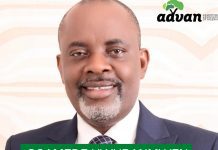 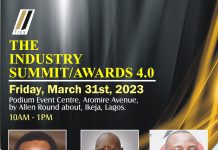 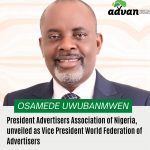 February 5, 2023
The think tank to support the development and advancement of marketing in Nigeria would be inaugurated in the... February 4, 2023
MTN Nigeria Communications Plc (MTN Nigeria) has announced its unaudited results for 2022. According to the document published on... 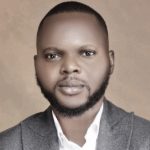 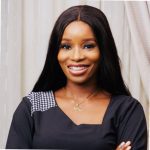 February 4, 2023
One of the world’s largest producers of electronic devices, Samsung has appointed experienced brand manager, Oyetola Lami Akeredolu as its Trade Marketing...