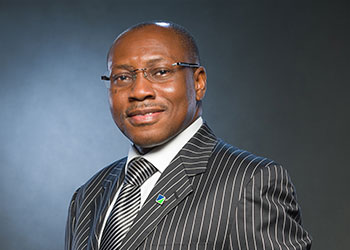 According to Seni Adetu, Group CEO at Algorithm Media, the joint venture conforms to the new reform by Advertising Practitioners Council of Nigeria (APCON) on foreign investment in Nigeria, saying Algorithm Media has a majority stake in the business ownership configuration (75.1%).

In his words:  “It was love at first sight with the representative WPP Office in Africa as we saw in each other, an aligned set of values and connection to the possibilities that this partnership could bring to both parties, but most importantly to the clients we were looking to sign up. At the onset, we were looking to do a merger and/or acquisition with an existing local agency, but it didn’t work out unfortunately, and so we had to start from scratch.”

Explaining further, the Group CEO said: “Algorithm Media was incorporated in 2015 and the affiliation deal got concluded in 2016. WPP, arguably the largest marketing communications company globally and Nigeria’s fastest growing media agency, Algorithm Media, entered into a deal to deepen its global expansion drive in 2016.

“WPP was looking to strengthen their position in Africa, and especially in Nigeria, where the population of consumers with huge disposable income makes the market irresistible. With the acquisition, Algorithm Media is now home to brands such as Mediacom, Mindshare and Wavemaker in Nigeria.

“Like every other partnership, both partners are committed to making giant strides in the media industry. The team at Algorithm Media is obliged to operate at the highest level of governance and service standards that the world has come to associate with this global giant,” he added.

Also speaking, Buki Osunkeye, the General Manager, shared her excitement at delivering on a global promise, locally. They have an expectation that their clients would be delighted to see those global standards applied to their businesses consistently. That is the headroom opportunity for Algorithm Media.

“At Mindshare Global, one of our key philosophies is staying agile. I am excited about the level of training and structure we will be investing in our people, processes and strategies, to ensure that the level of innovative thinking & expertise our clients’ offices receive from our sister companies abroad is exactly what they can expect in Nigeria, together with deep local insights and market capabilities,” she said. 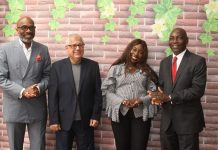 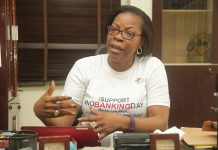